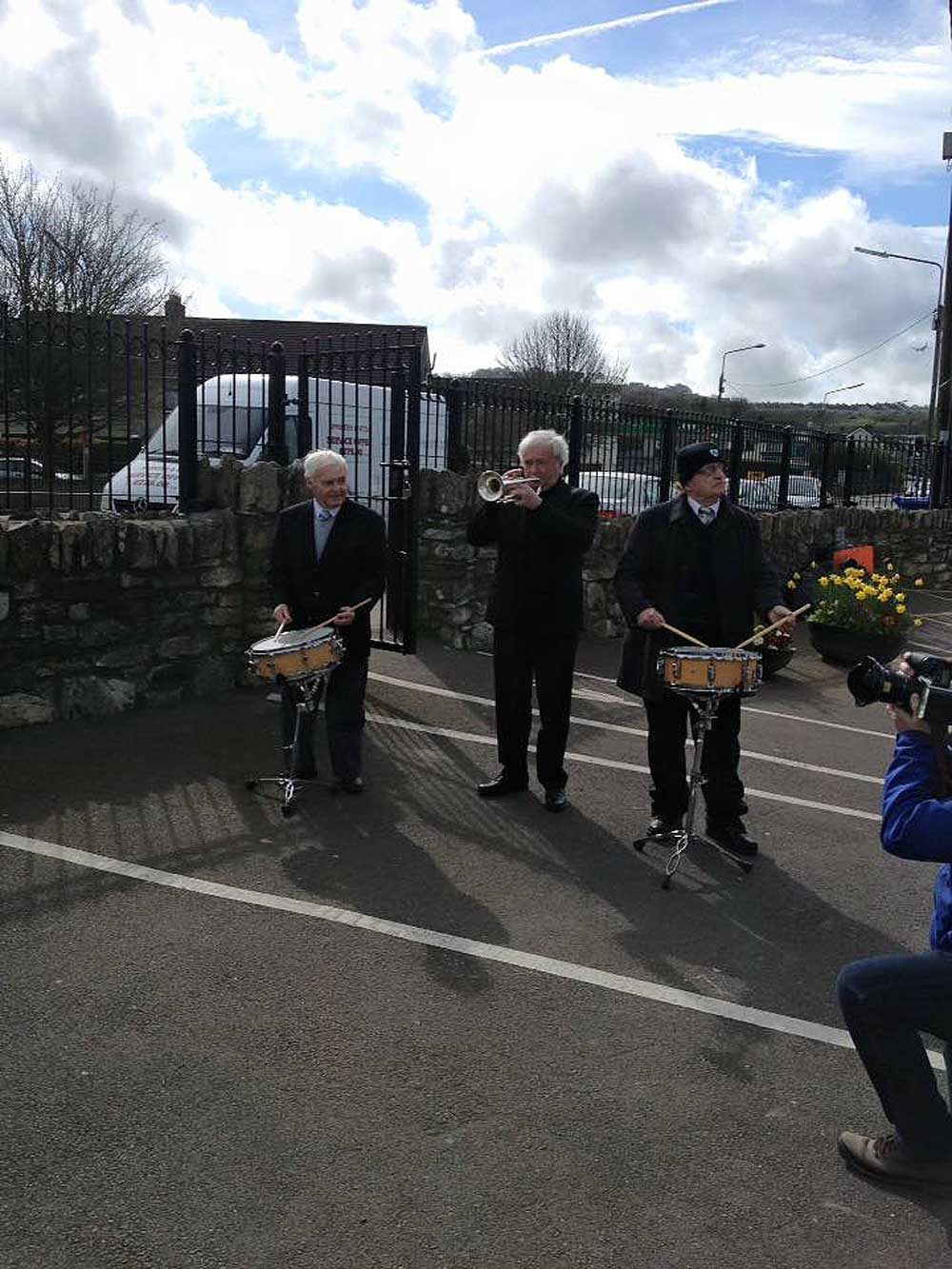 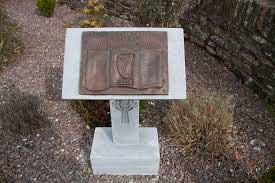 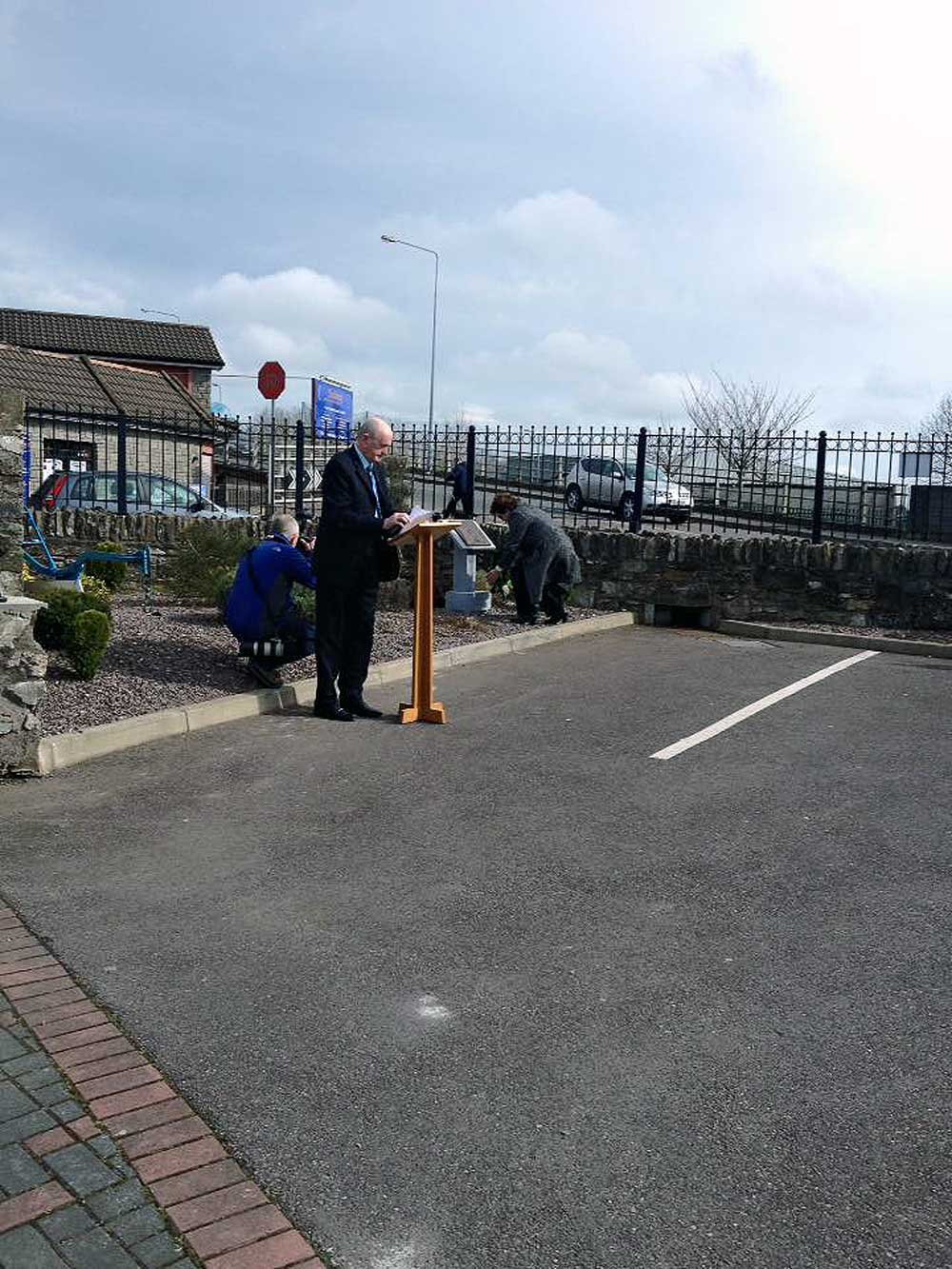 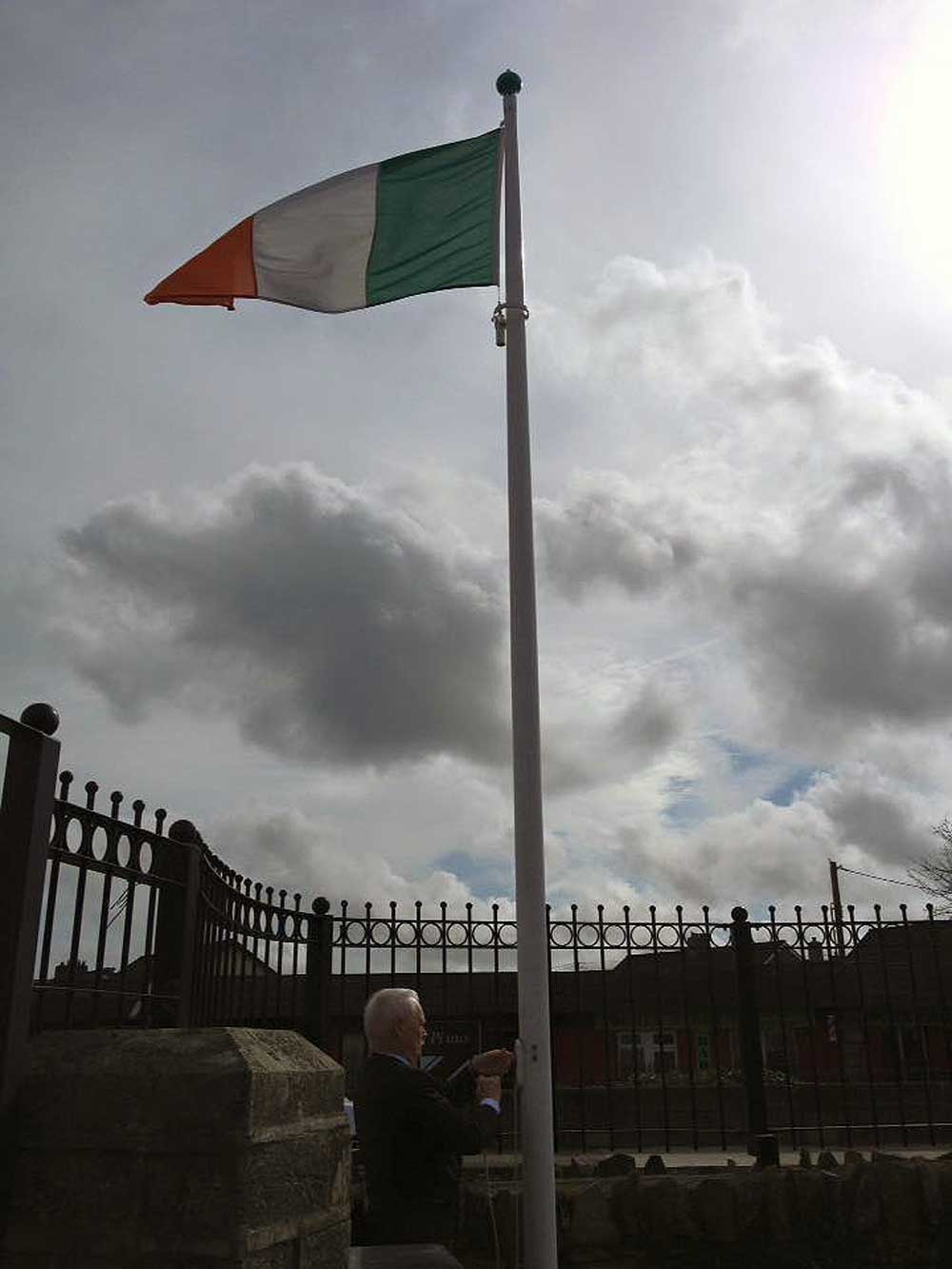 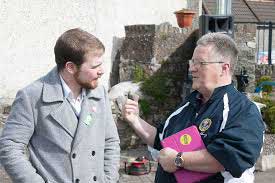 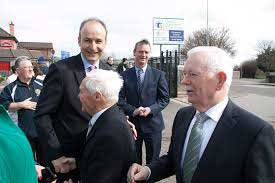 The following is from the website of Togher Historical Association. The mission of the association is to ‘research the rich history of the Togher district , by study , interviews and extensive fieldwork’. They welcome contributions to the blog – go to togherhistoricalassociation. blogspot.ie for more information.

On Good Friday 2016 there was a special commemoration at the Togher Community Centre to honour all those who had taken part in the 1916 Rising. It was organised by Togher Community Association and volunteers, and had some high-profile attendees, including Fianna Fáil Leader Michael Martin and Sinn Fein T.D. Donnchadh O’Laoraigh – a Togher native and resident.

The flag-raising ceremony was carried out by former Lord Mayor John Dennehy of Westside Estate, Togher. Community Assoc. member Kieran O’Connell read the Proclamation. And finally a specially commissioned plaque paying tribute to those who died in 1916 was unveiled by secretary Cllr. Fergal Dennehy. Chairman Niall McCarthy and member Noreen also gave speeches and laid the wreath. Musical accompaniment was provided by Charlie Horgan (man with hat), Shaun Forde and Donal Heffernan (drums and trumpet). Fr. Brophy P.P. was at hand to officially bless the occasion.

The Togher Historical Assoc. was present to record the day’s activities with Pat O’Rourke acting as interviewer, his daughter Alana taking up camerawoman duties and Eamonn Pearse taking photos.