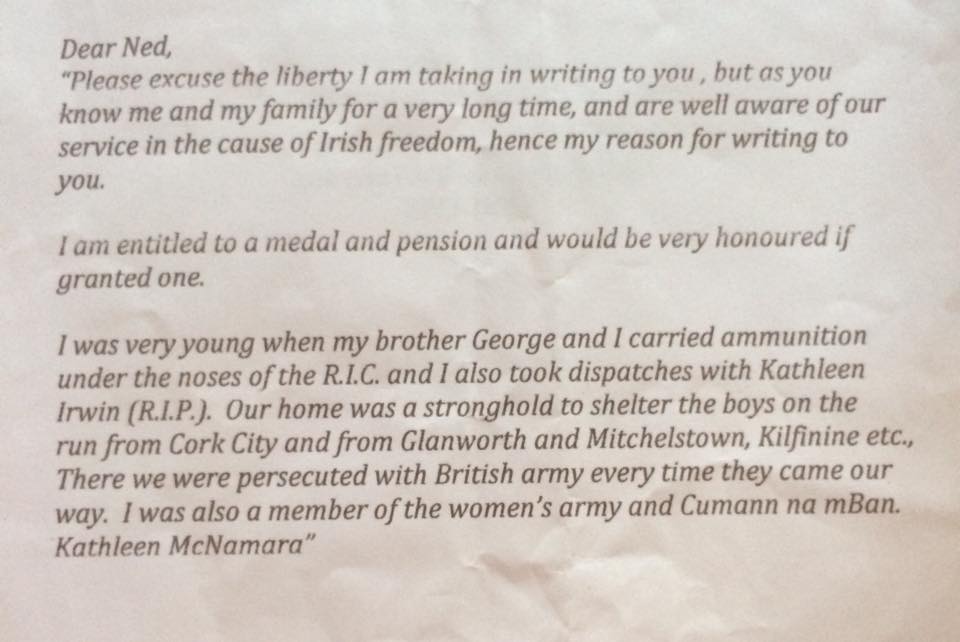 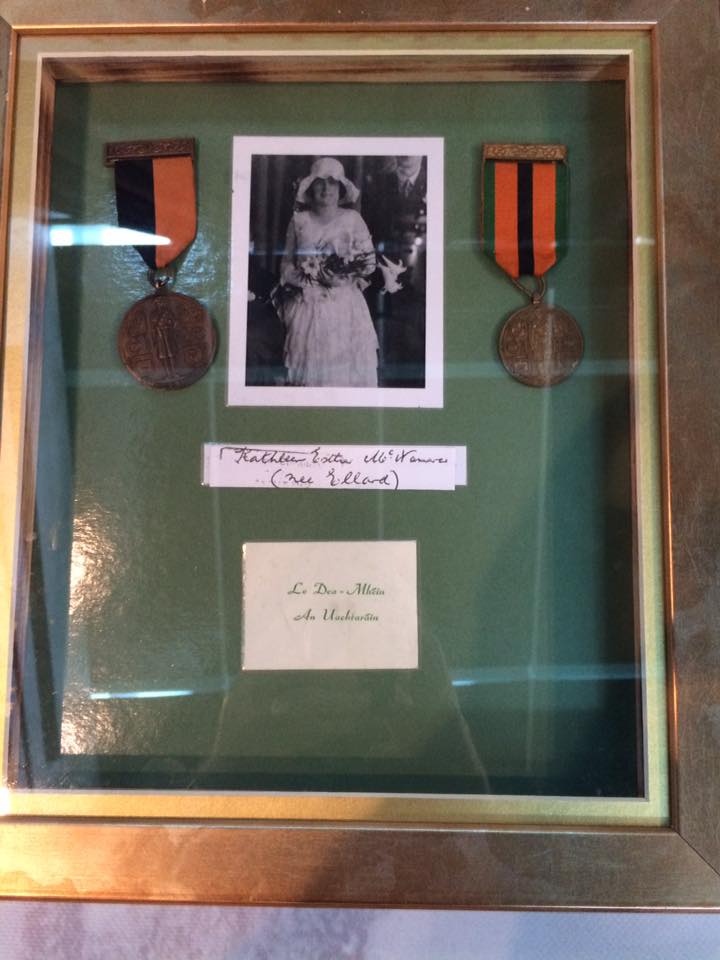 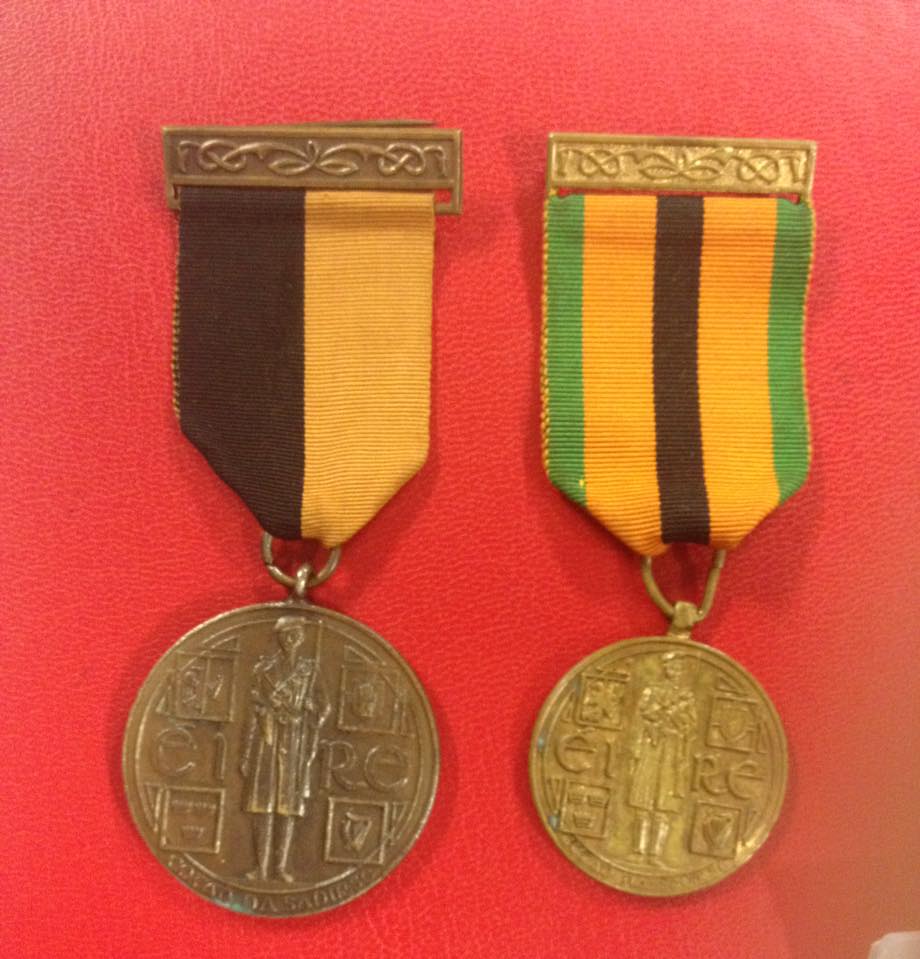 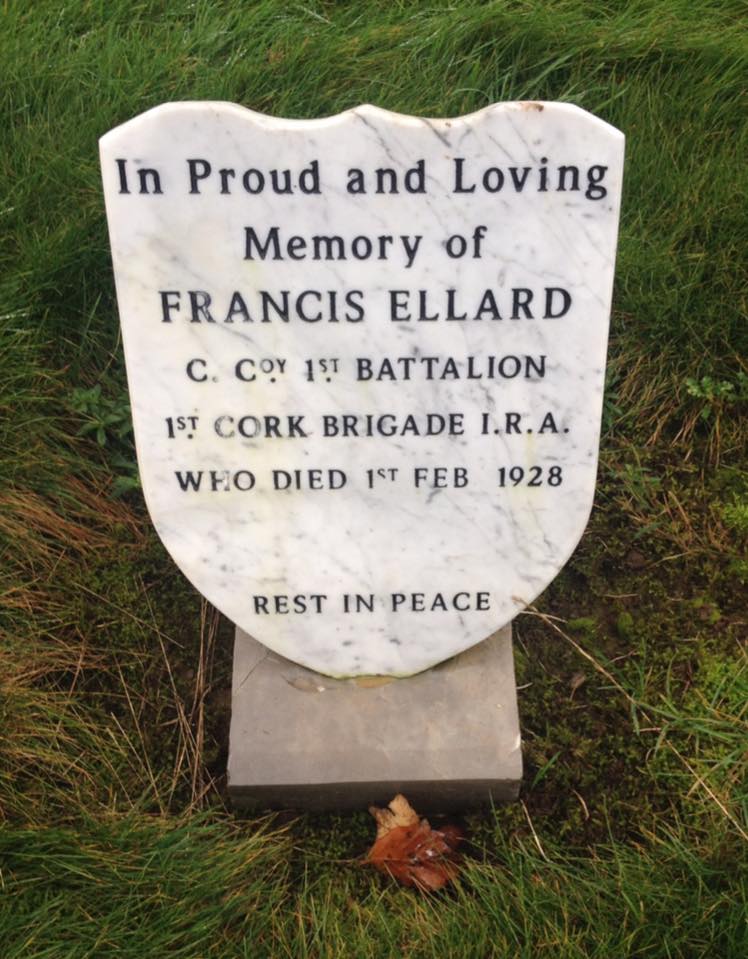 Contributed by the Ellard family, written by Kieran O'Connell

Ballyphehane residents hold much history. This piece relates directly to the part played in 1916 and into the War of Independence and subsequent civil war by Kathleen Ester McNamara (née Ellard) and her immediate family.

Kathleen (RIP) became a resident of Ballyphehane many years later and lived in Connolly Road. She has family still living in Ballyphehane and we thank them for allowing us to share their story, their family history, the courage shown by Kathleen and her other family members.

Hilary Lyons, Kathleen’s granddaughter, has been one of our most active committee members in the Ballyphehane 1916-2016 Centenary Committee, managing to keep Kathleen’s participation in 1916 alive alongside commemorating all those who died through the period in service to the people.

Here is Kathleen’s heroic historical story accompanied by photographs of her medals and a typed copy of the letter Kathleen wrote to the Government seeking official recognition and the medals she deserved.

Kathleen came originally from Kilworth, Co Cork. She was born in 1904 and as a very young girl and through her teenage years she carried dispatches right up to and including the civil war in 1923. Her medals were awarded for her activities in 1916 and the war of independence in 1921.

Her family recall that Kathleen’s Father, George Ellard and his two sons had to flee to America due to the Free State’s Army’s aggression against anti-treaty Republicans. The Ellards took the anti-treaty side, which was led by Éamonn de Valera. Their younger brother, Francis Ellard was tortured and died in Prison at the age of 28. He is buried in the Republican Plot to the front of St Finbarr’s Cemetery in Glasheen, not far from Ballyphehane.

Her letter states that she and her brother, George carried ammunition under the noses of the RIC. The family home was used very often to house, feed and sleep many republicans from across Cork during the war of independence. Kathleen was an active member of Cumann Na mBan, the woman’s branch of the IRA, who were crucial to the war effort and many of whom took risks on a par to the men.

This is a very shortened version of the history of the Ellard family. Without embellishing the story, you could imagine the bravery shown when nerves and risk were common place. Remember this was against a violent and brutal enemy. Reprisals by Black and Tans, the Auxiliaries and other British state forces were the order of the day. Cork City was burnt by them and harassment of the civilian population was a regular feature lending the IRA much support from families like the Ellards.