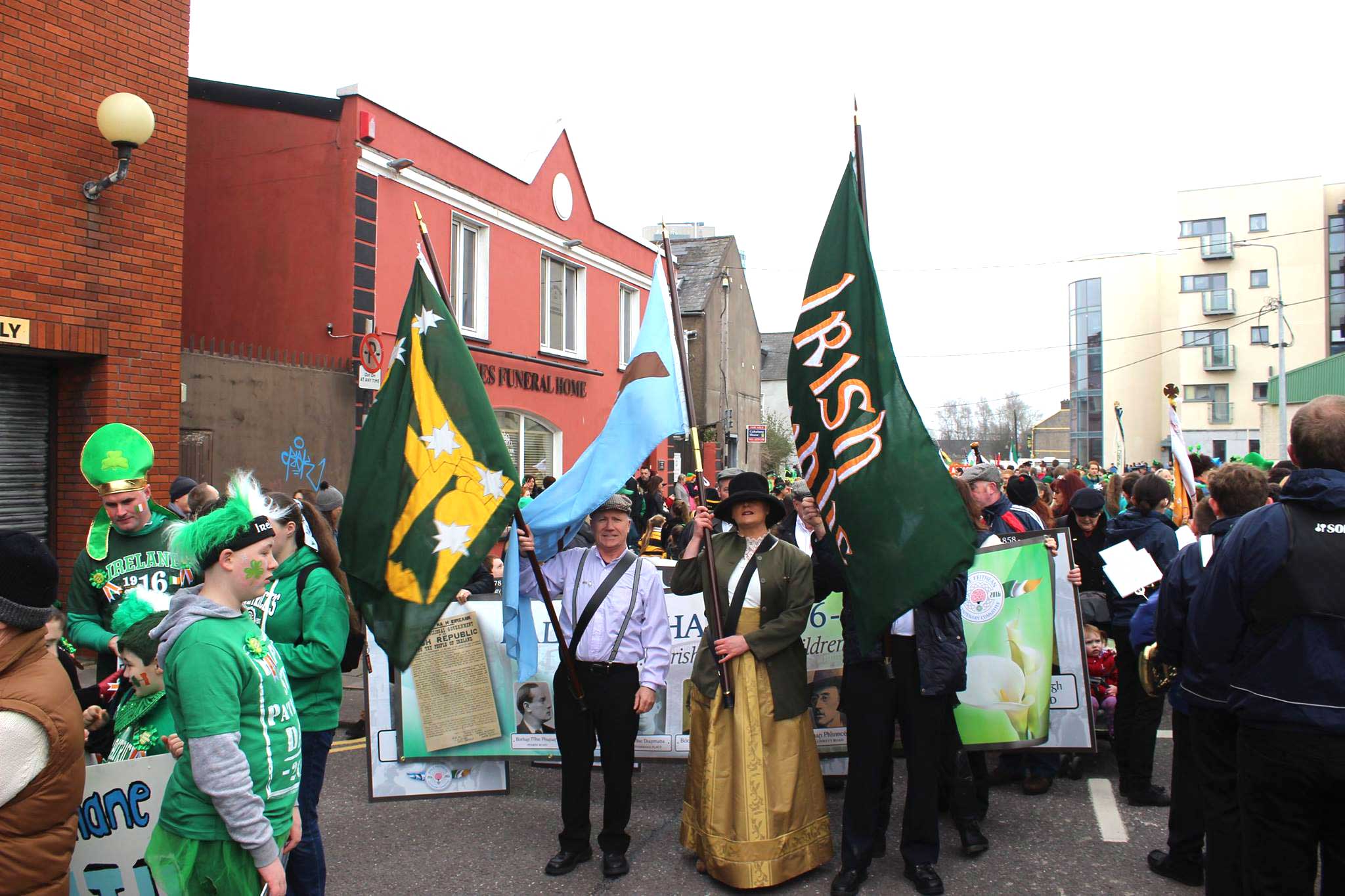 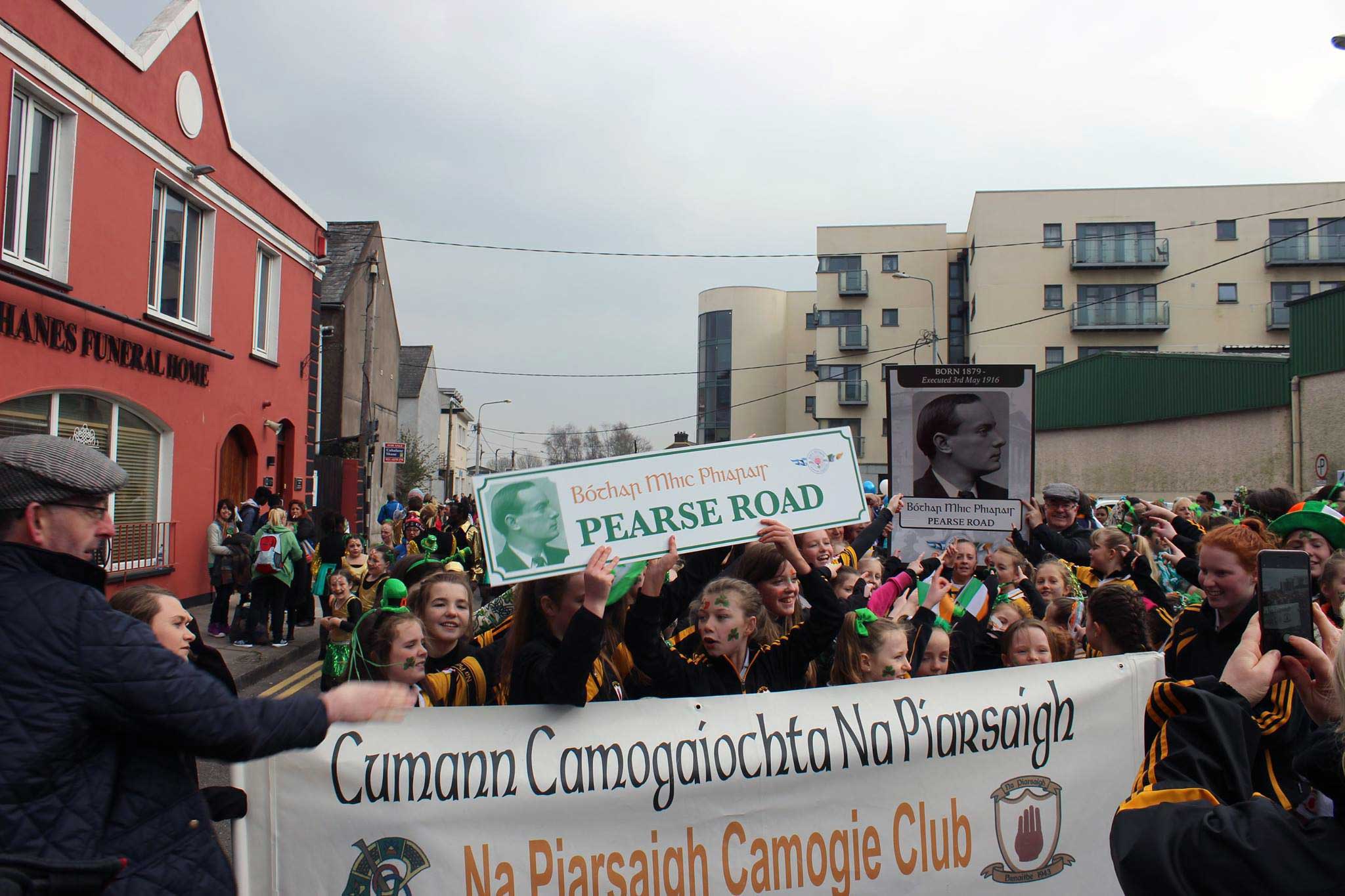 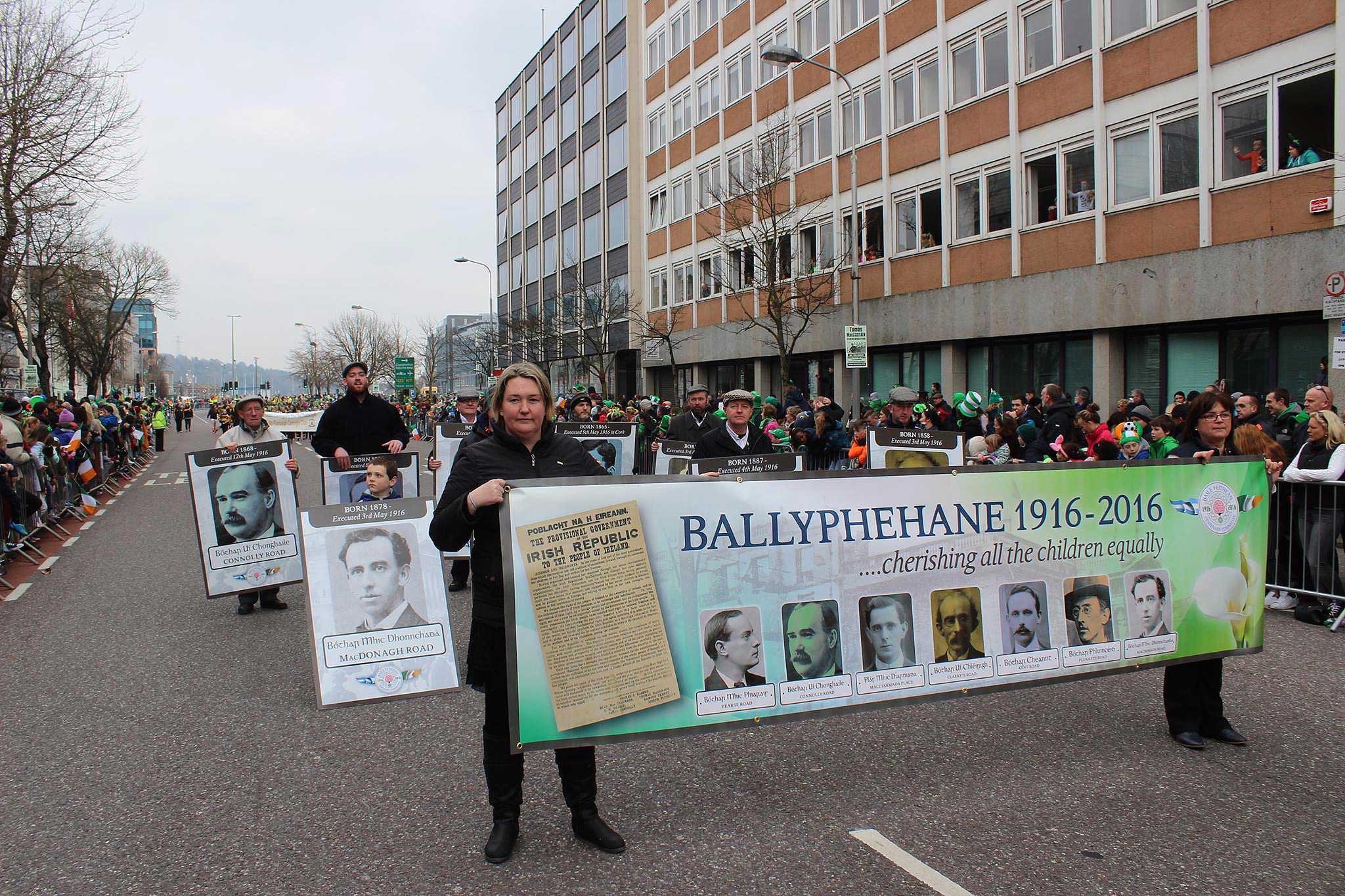 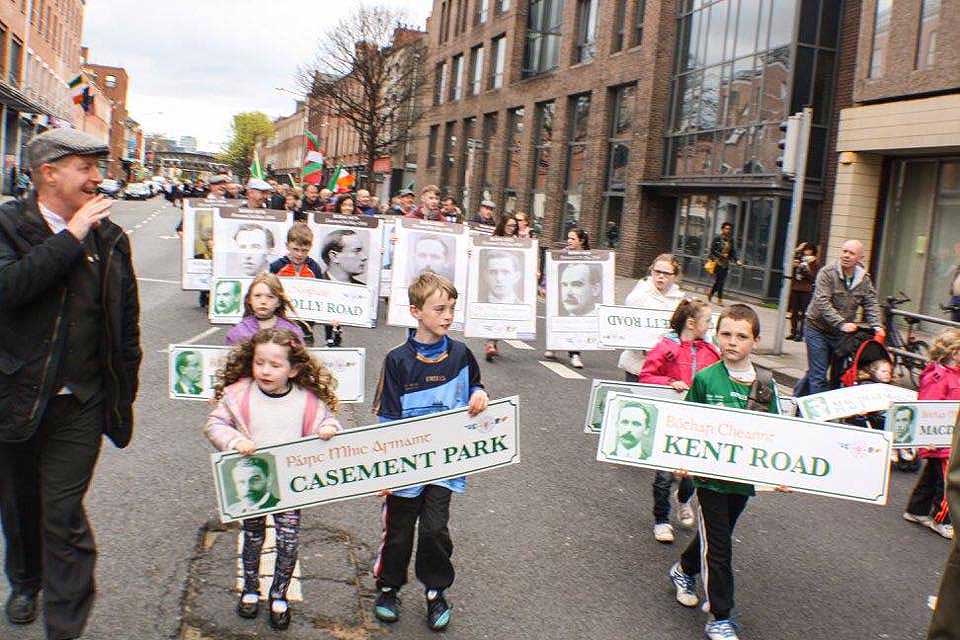 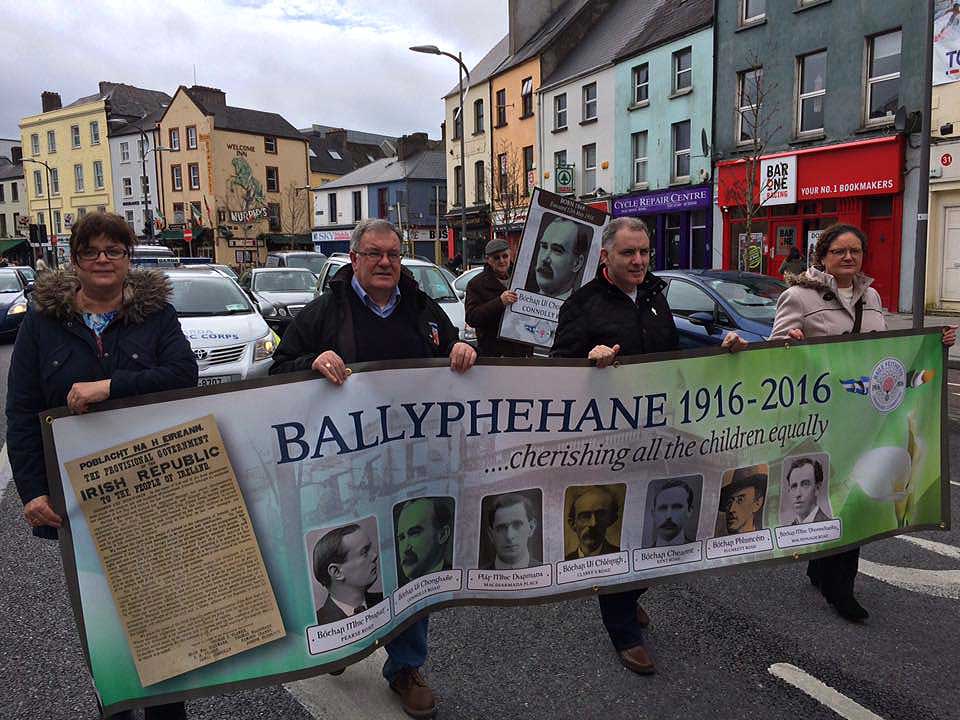 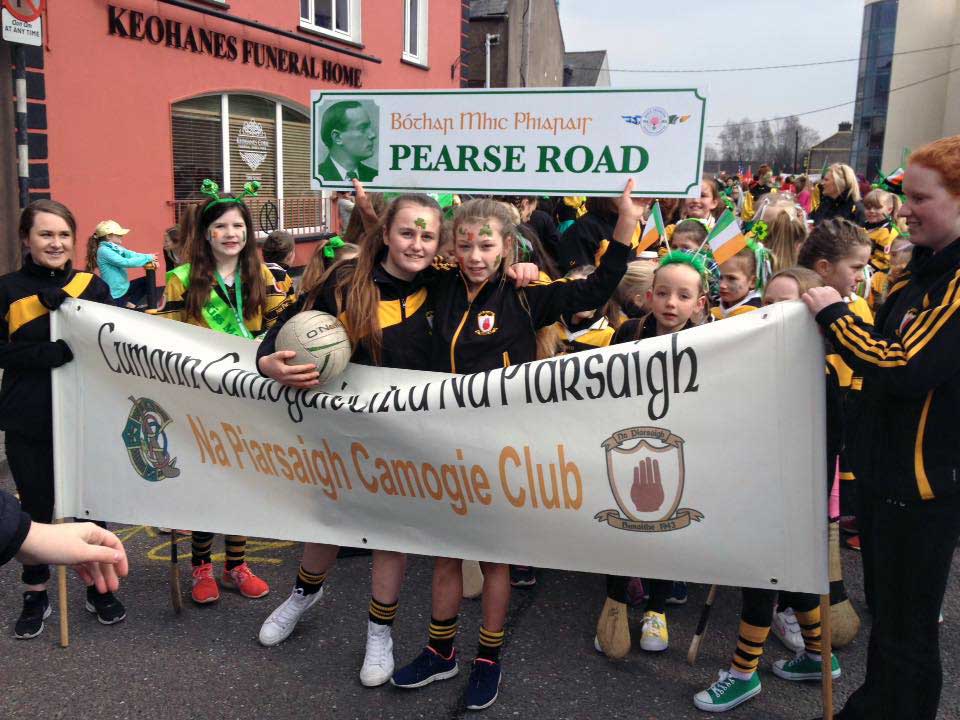 A group of around 30 people went from Ballyphehane to the parade in Cork. We brought the posters of the 7 signatories, and the children had reversible signs with ‘We are the future’ on one side, and the names of the Ballyphehane roads called after 1916 heroes on the other.

Ballyphehane Pipe and District Pipe Band also joined in the parade that day. We met a great group of young camogie players called ‘The Phiarsighs’ from Fairhill, and they were happy to pose with our signs!