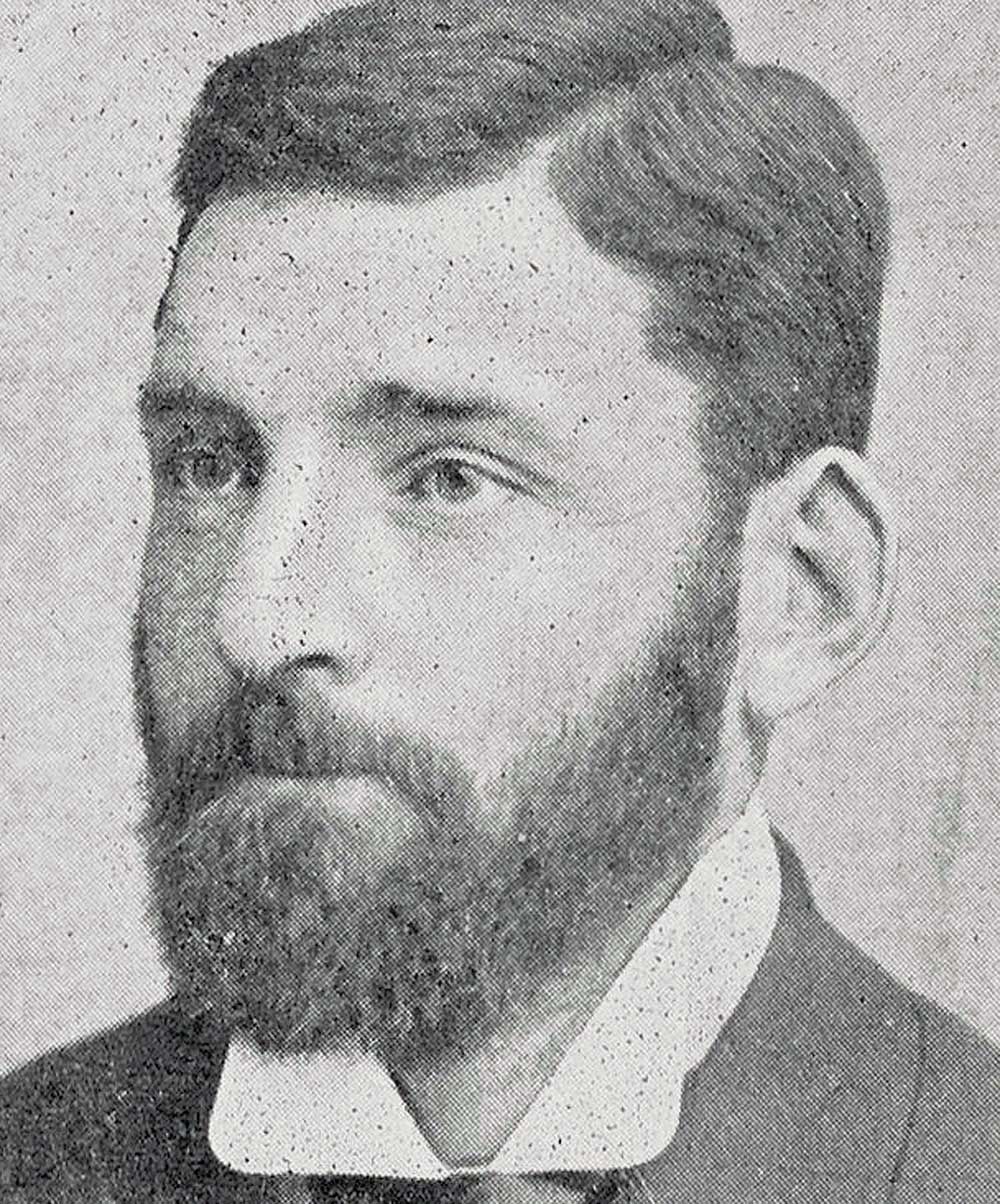 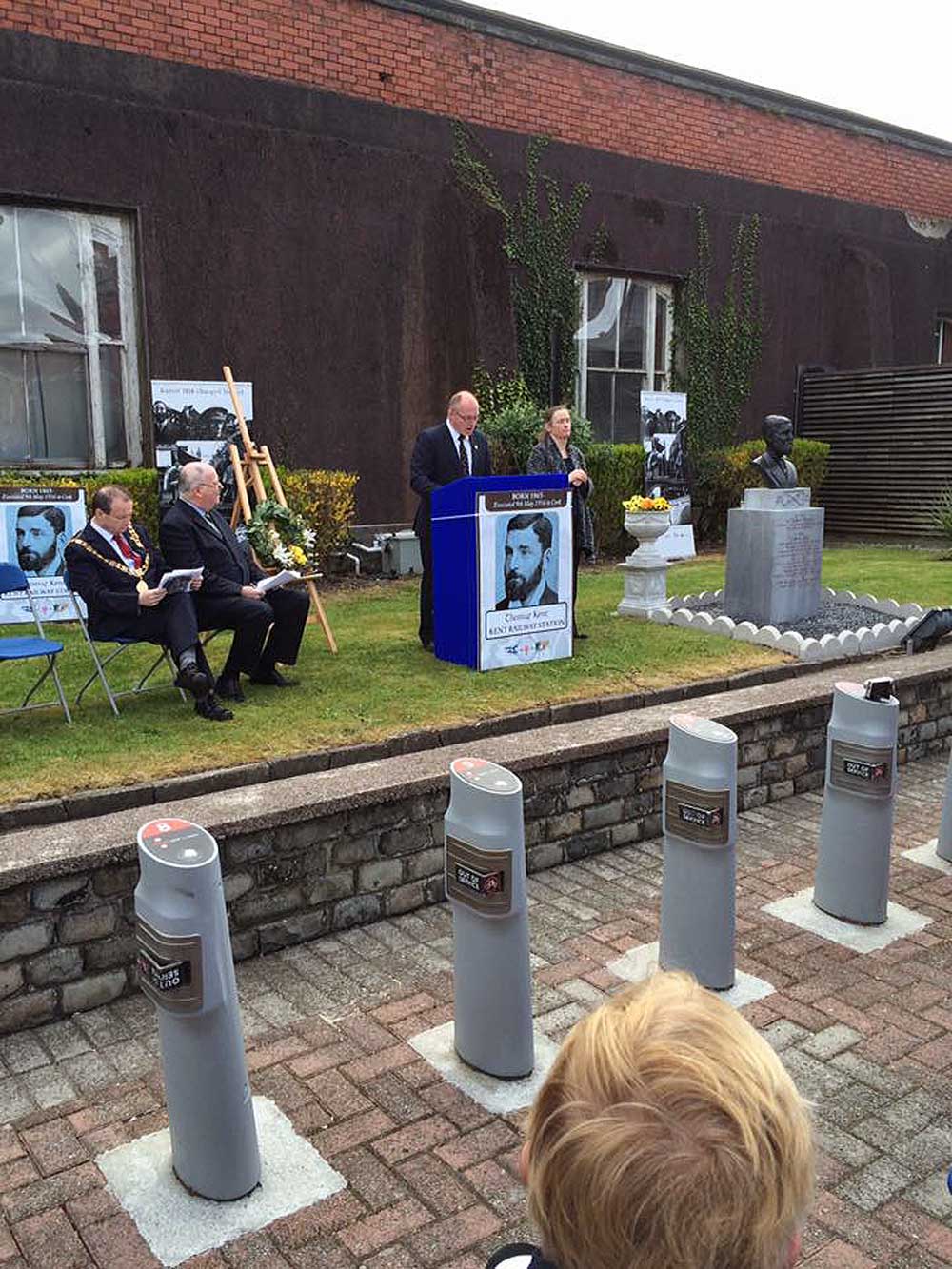 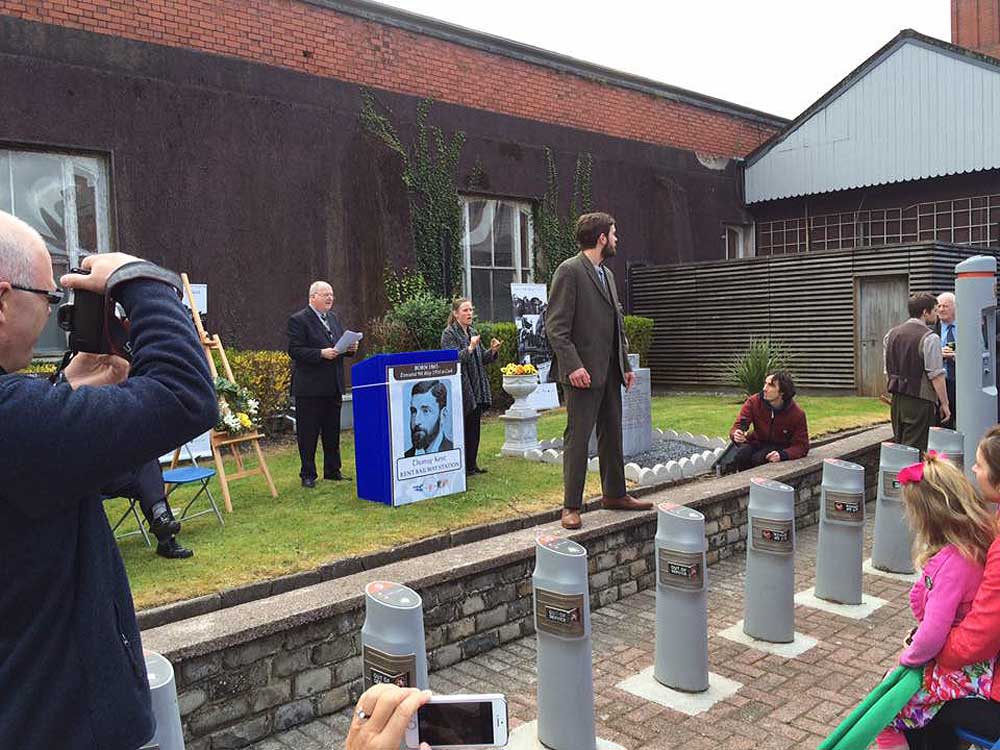 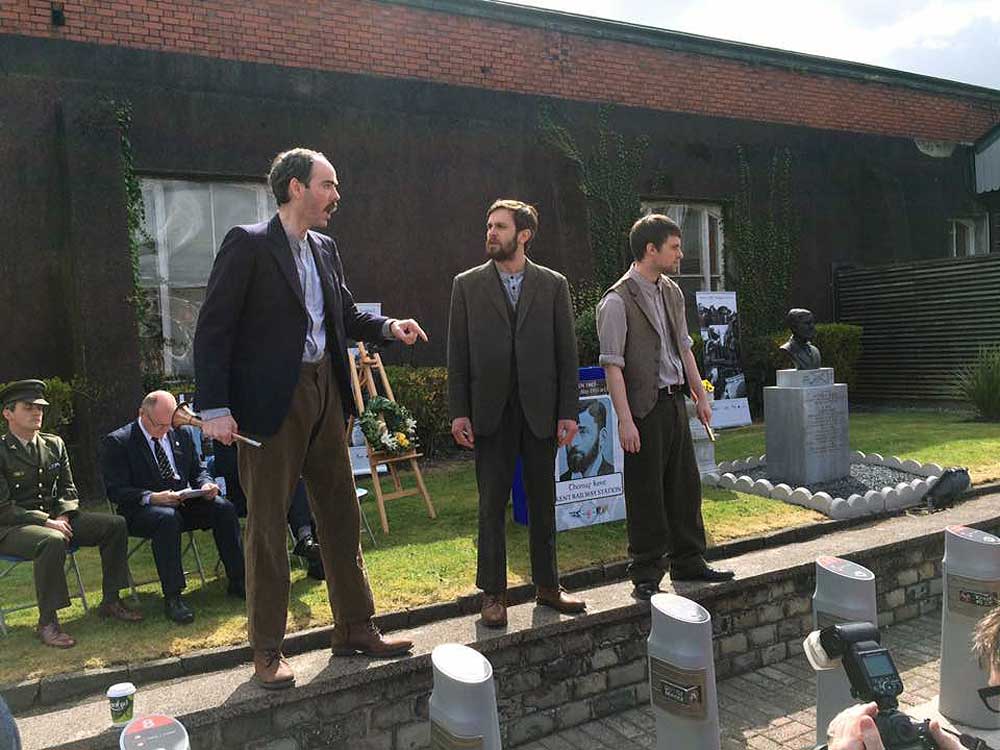 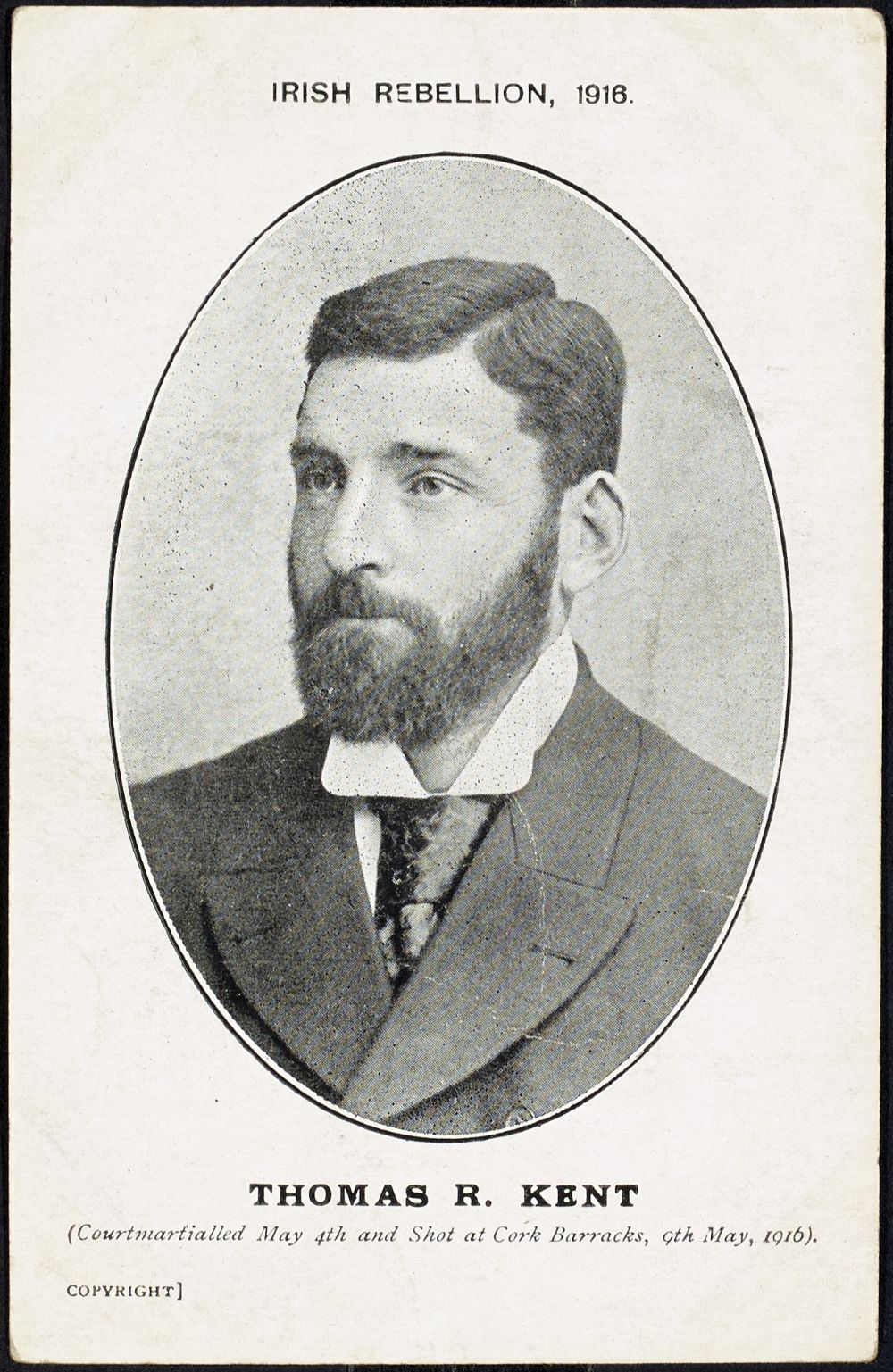 When the name of Cork’s train station was changed to Kent Station in 1966, on the 50th anniversary of the Easter Rising, the railway workers collected money to erect a monument to Thomas Kent, who was executed for his part in it.

When they decided to rededicate it to mark the centenary year, Ballyphehane 1916-2016 commemoration committee were invited to attend.

Thomas Kent and his brother Willie were prepared to act in the Easter Rising, but because of the countermand they stayed home. In the aftermath of the Easter Rising the RIC (Royal Irish Constabulary) were sent to arrest sympathisers and members of the IRA, Sinn Fein and the Irish Volunteers. No-one was surprised when they came to the home of the prominent nationalist Kent family in Castlelyons, North Cork. After a four-hour gun battle in which Richard Kent and an RIC Constable William Rowe were killed, and another brother, David Kent was injured, the two brothers were brought to Cork Prison where Thomas Kent was hanged for his role in the Easter Rising. His body lay buried in a shallow grave in the prison grounds for the next 99 years.

In 2015, when Cork Prison was being reconstructed, human remains were found close to the memorial which had been later laid for Thomas Kent. DNA testing confirmed they were the remains of Thomas Kent. His family was offered a state funeral by then-Taoiseach Enda Kenny. The body of Thomas Kent lay in state in Collins Military Barracks for a night, before being brought for interment to Castlelyons.