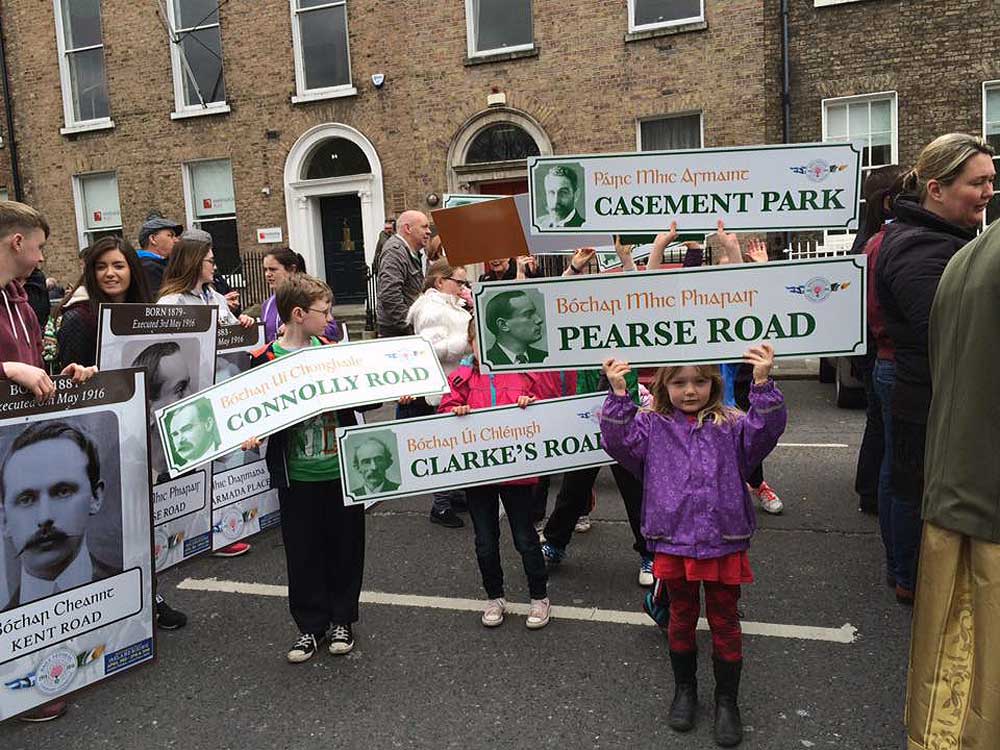 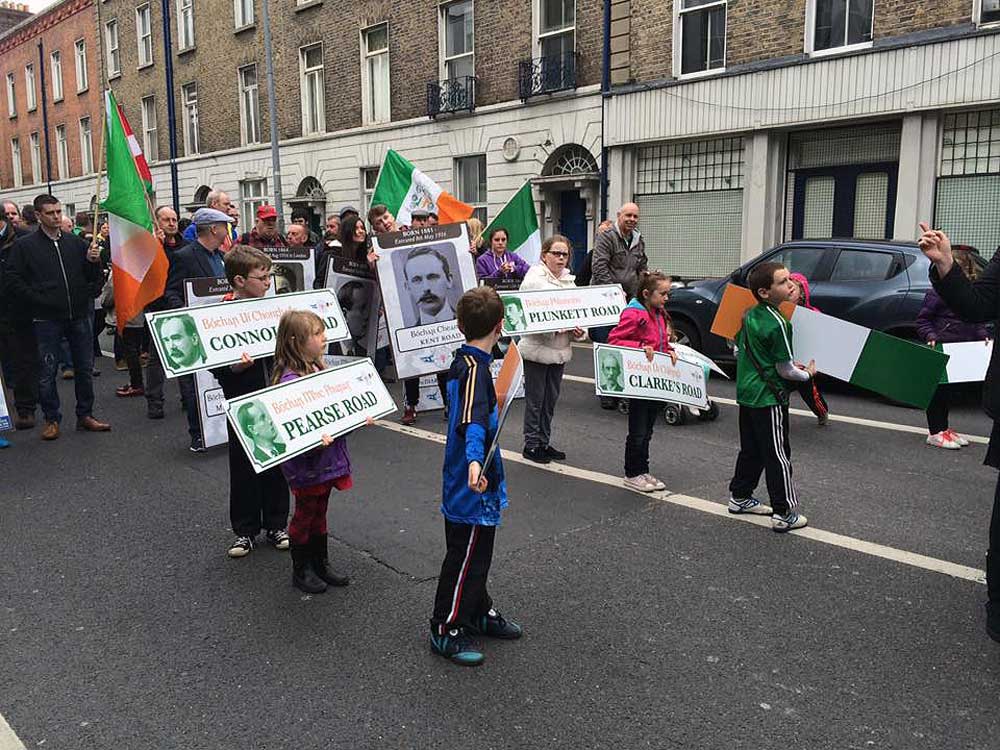 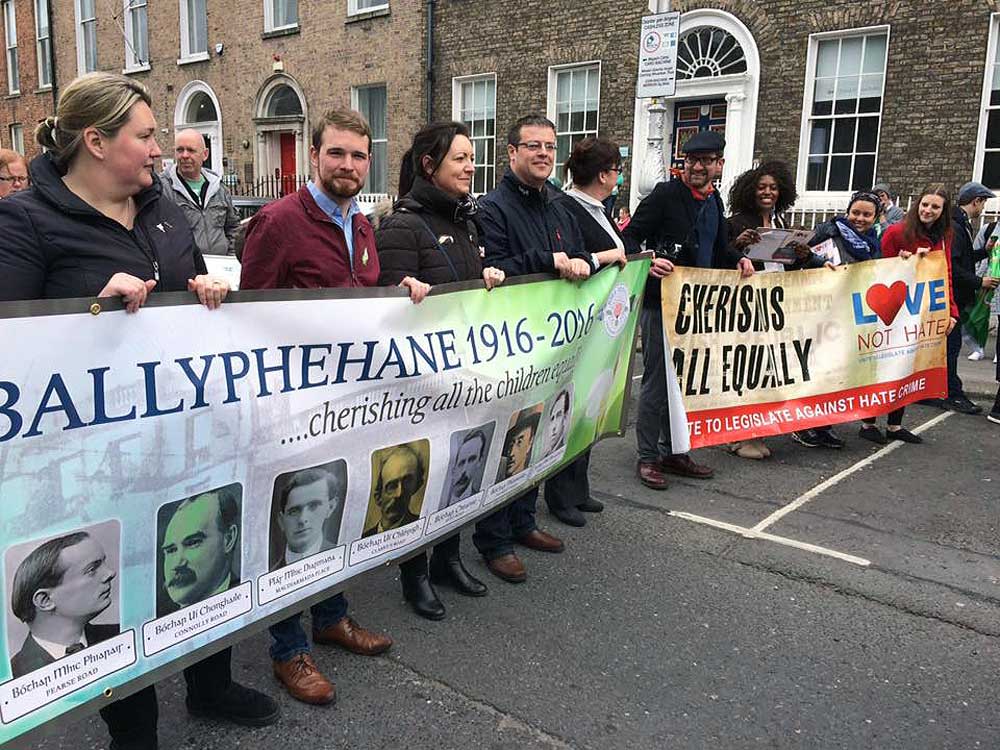 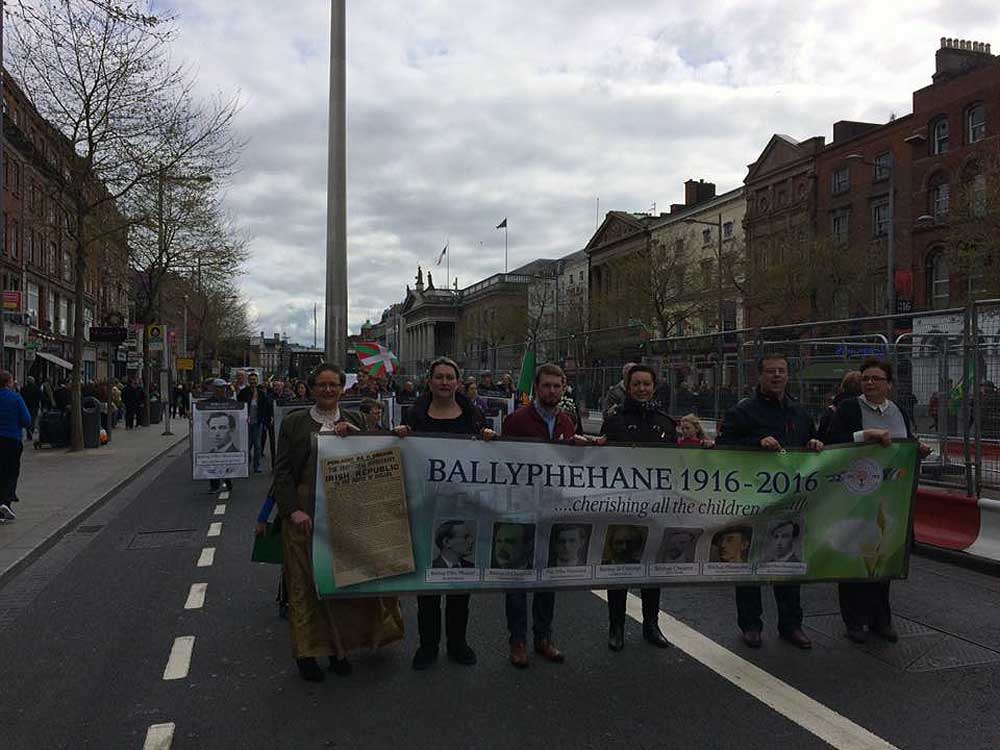 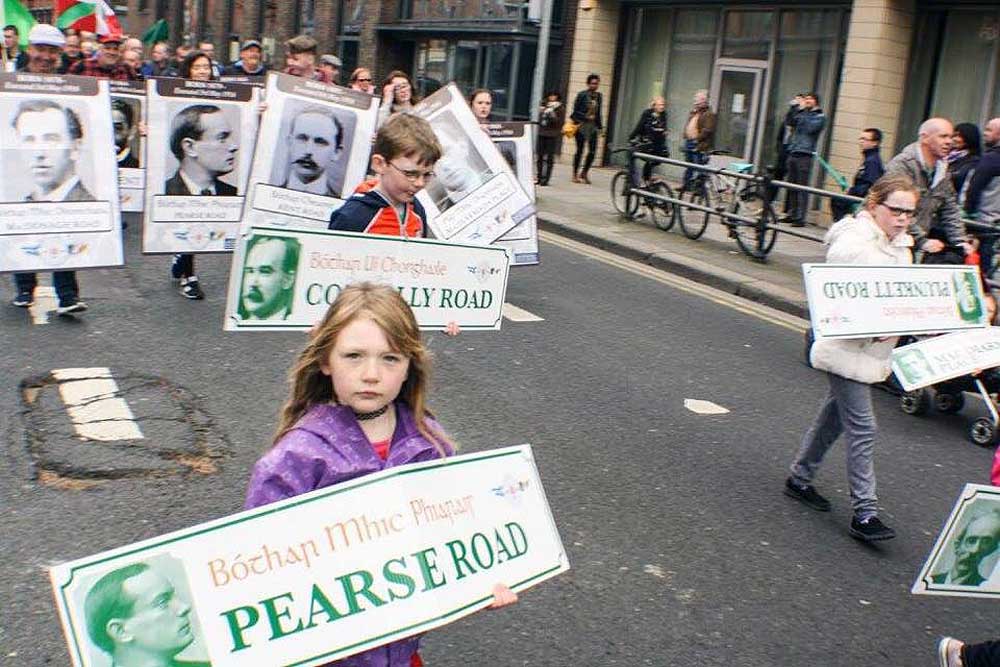 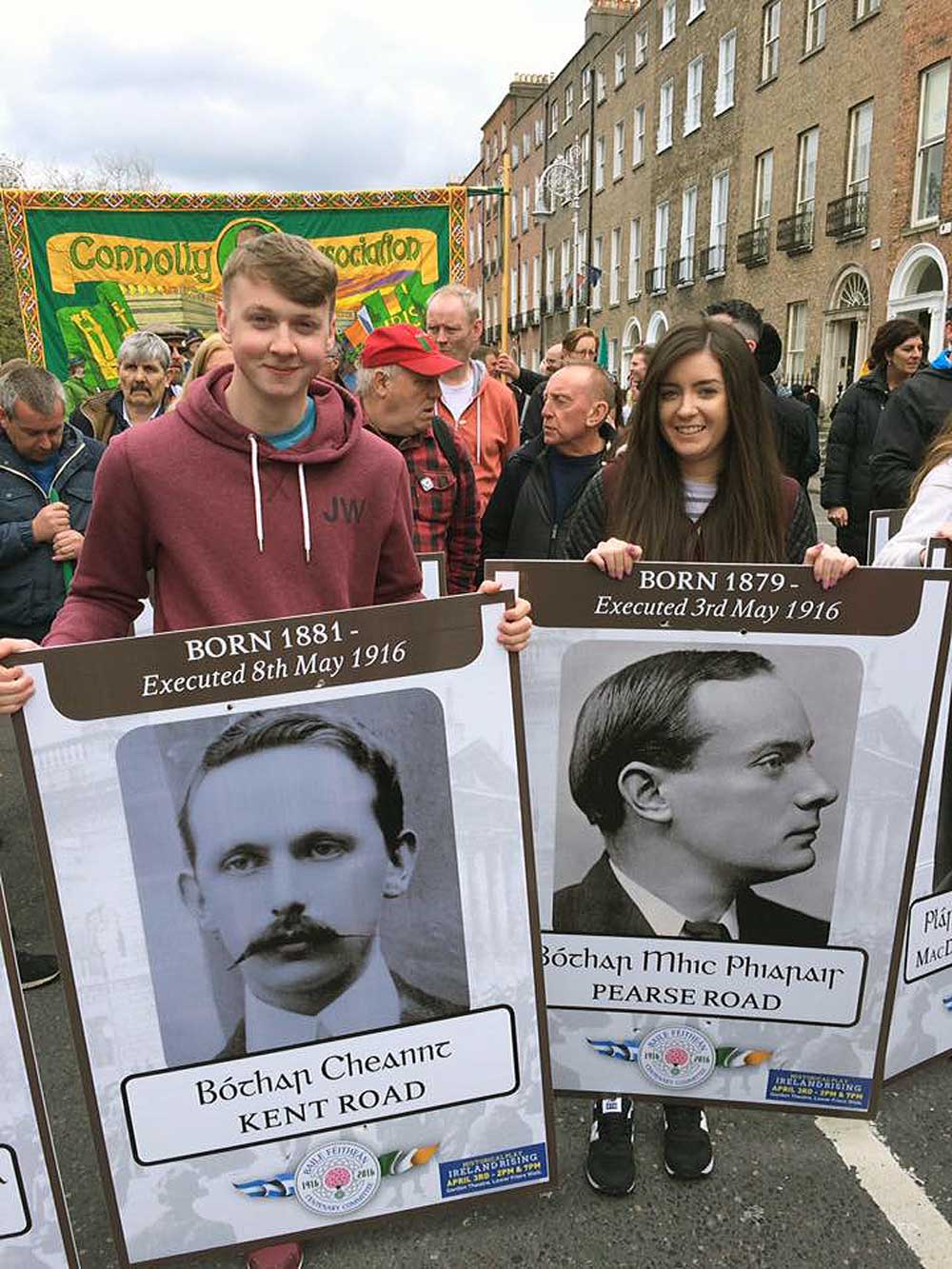 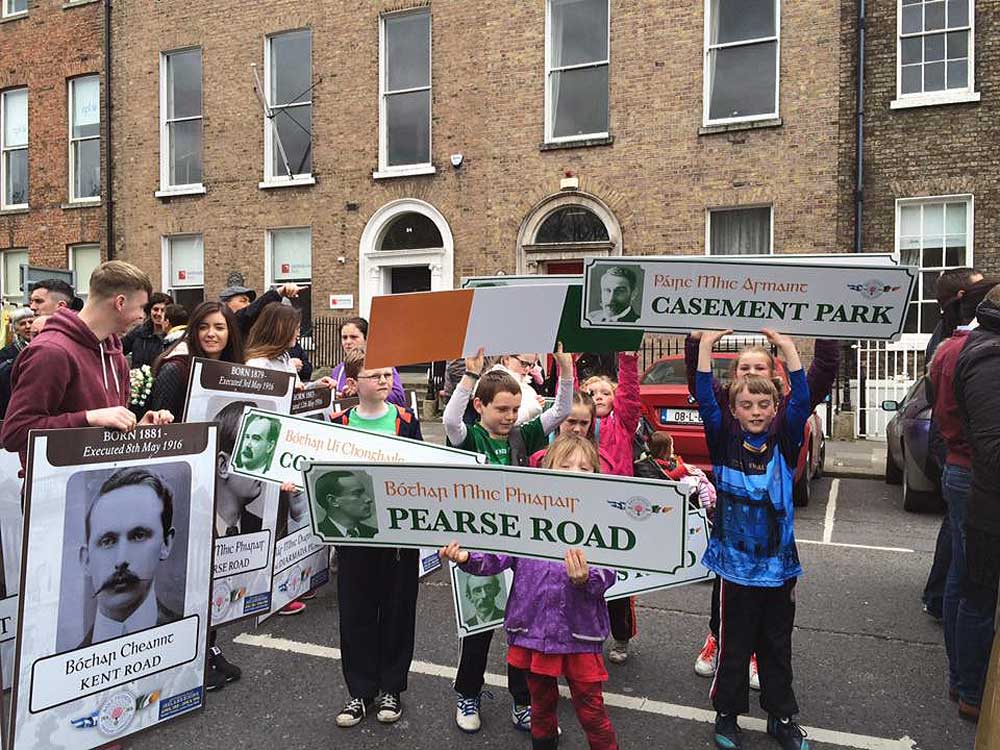 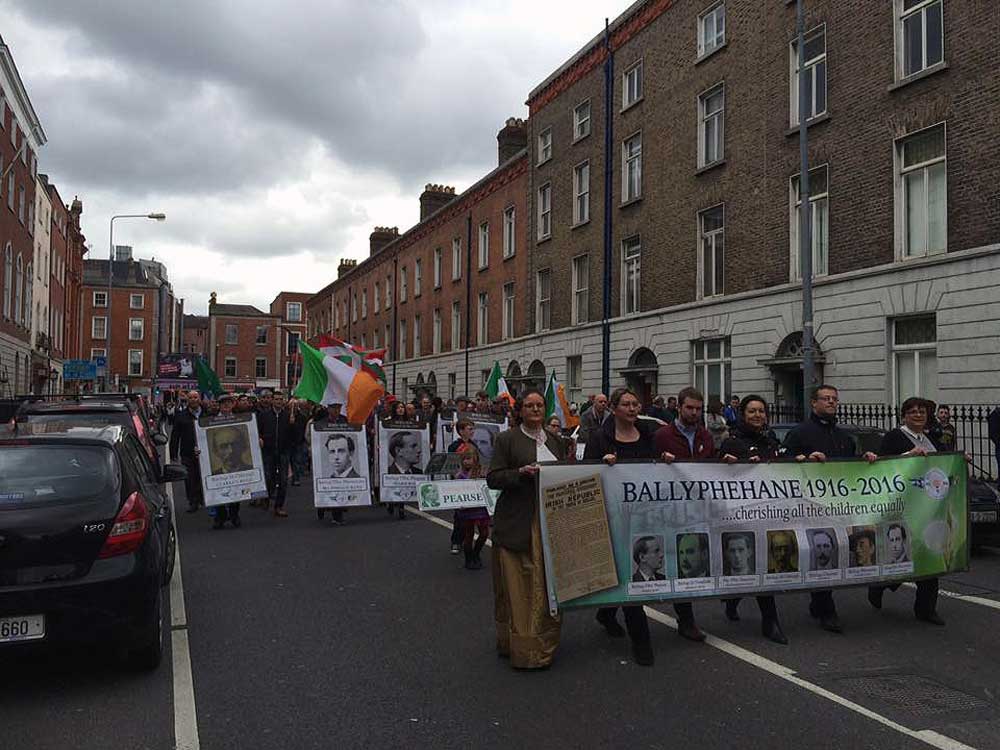 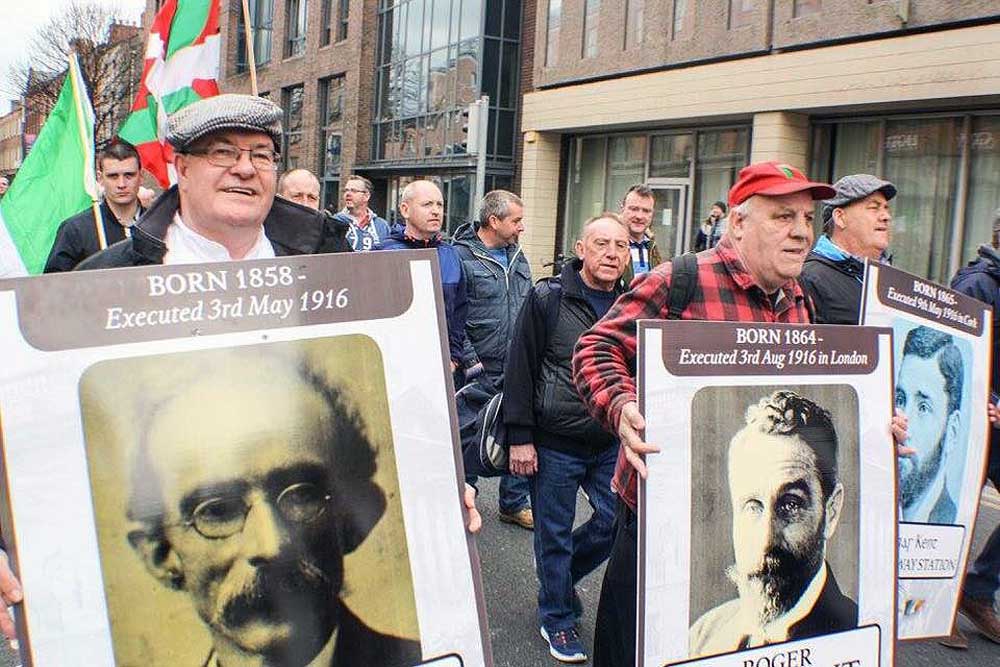 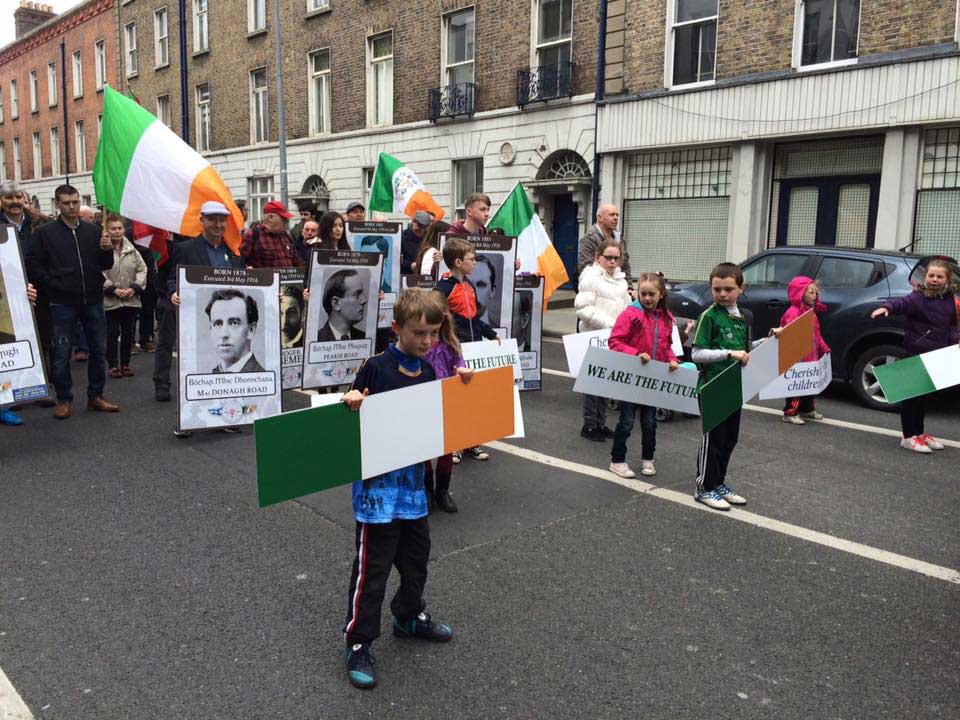 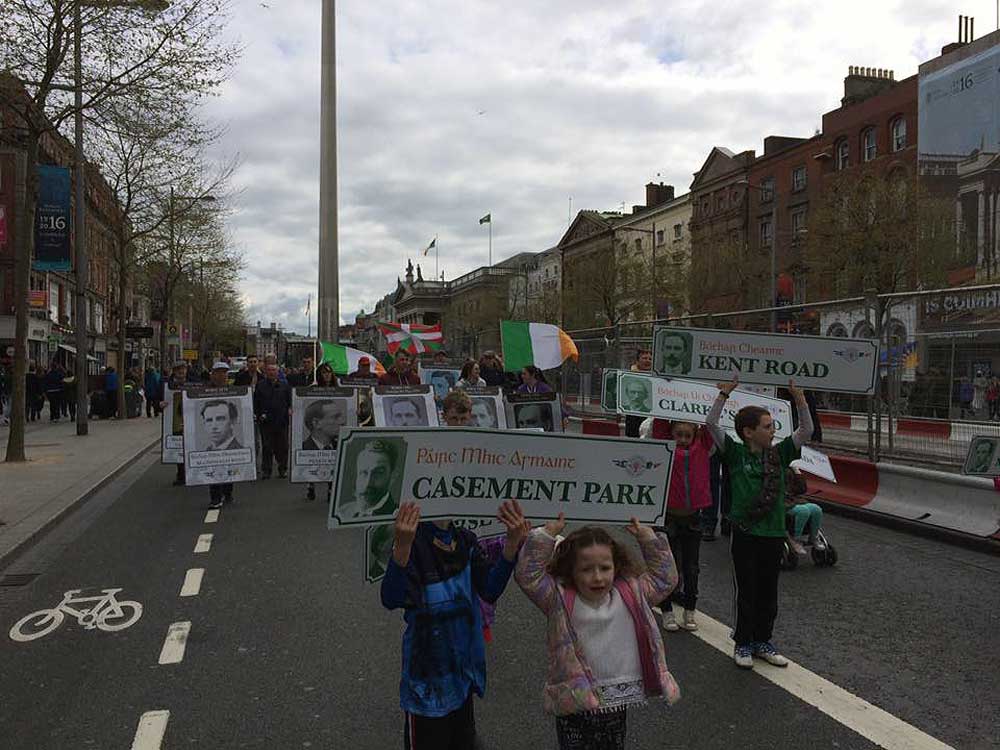 A Citizen's initiative for 2016

On April 24th – the anniversary of the date the Rising began – there was a national march in Dublin with the theme: ‘Reclaim the Vision of 1916 – A Citizens Initiative for 2016’. The idea behind this march was that it would be a commemoration in which all citizens could participate.

It would also serve to reassert the principles and objectives behind the 1916 Rising, including “religious and civil liberty, equal rights and equal opportunities to all its citizens”, and “cherishing all the children of the nation equally”.

The march was attended by members of Ballyphehane 1916-2016 Commemoration Committee with families and friends.