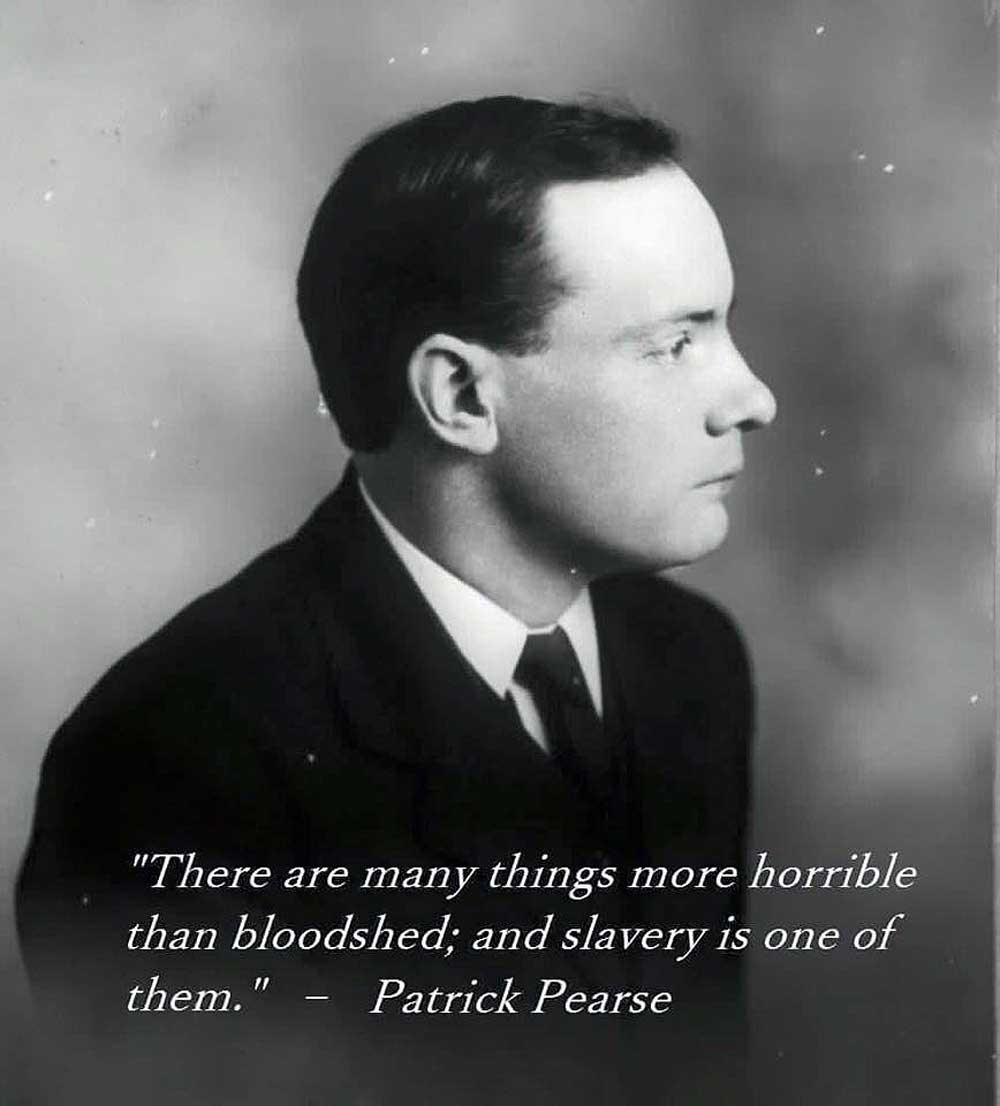 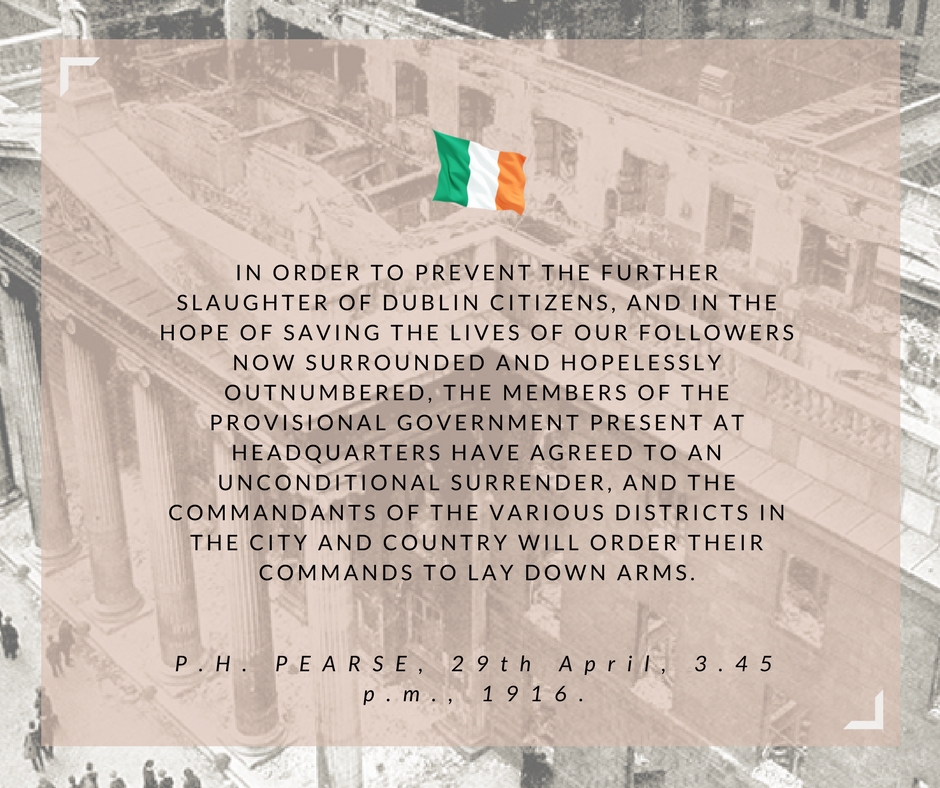 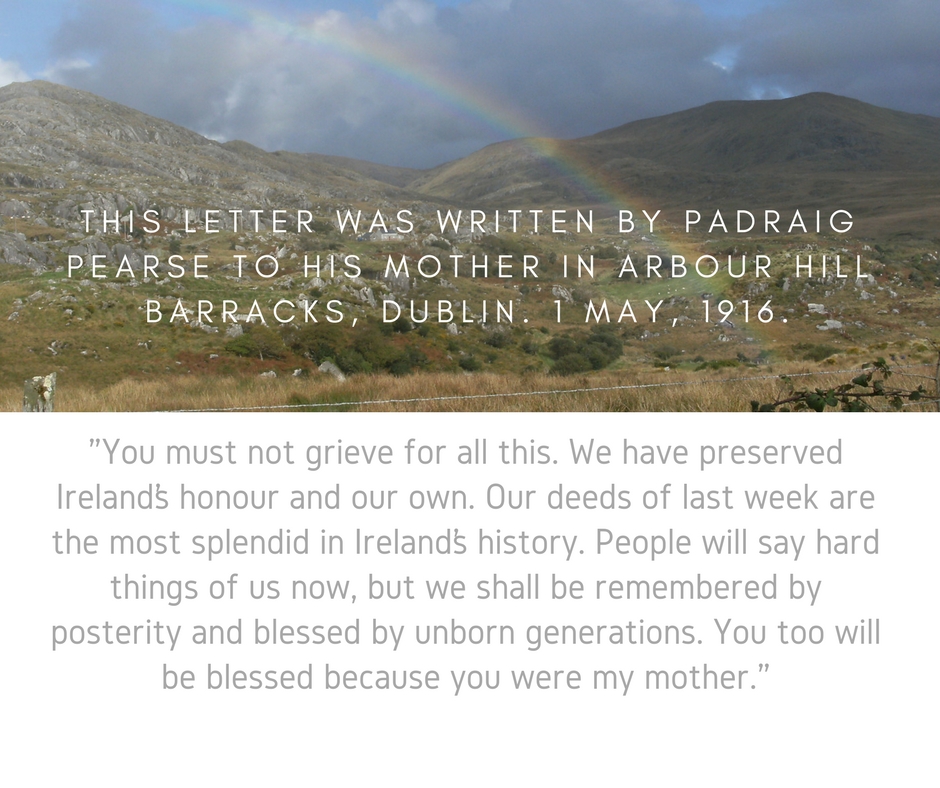 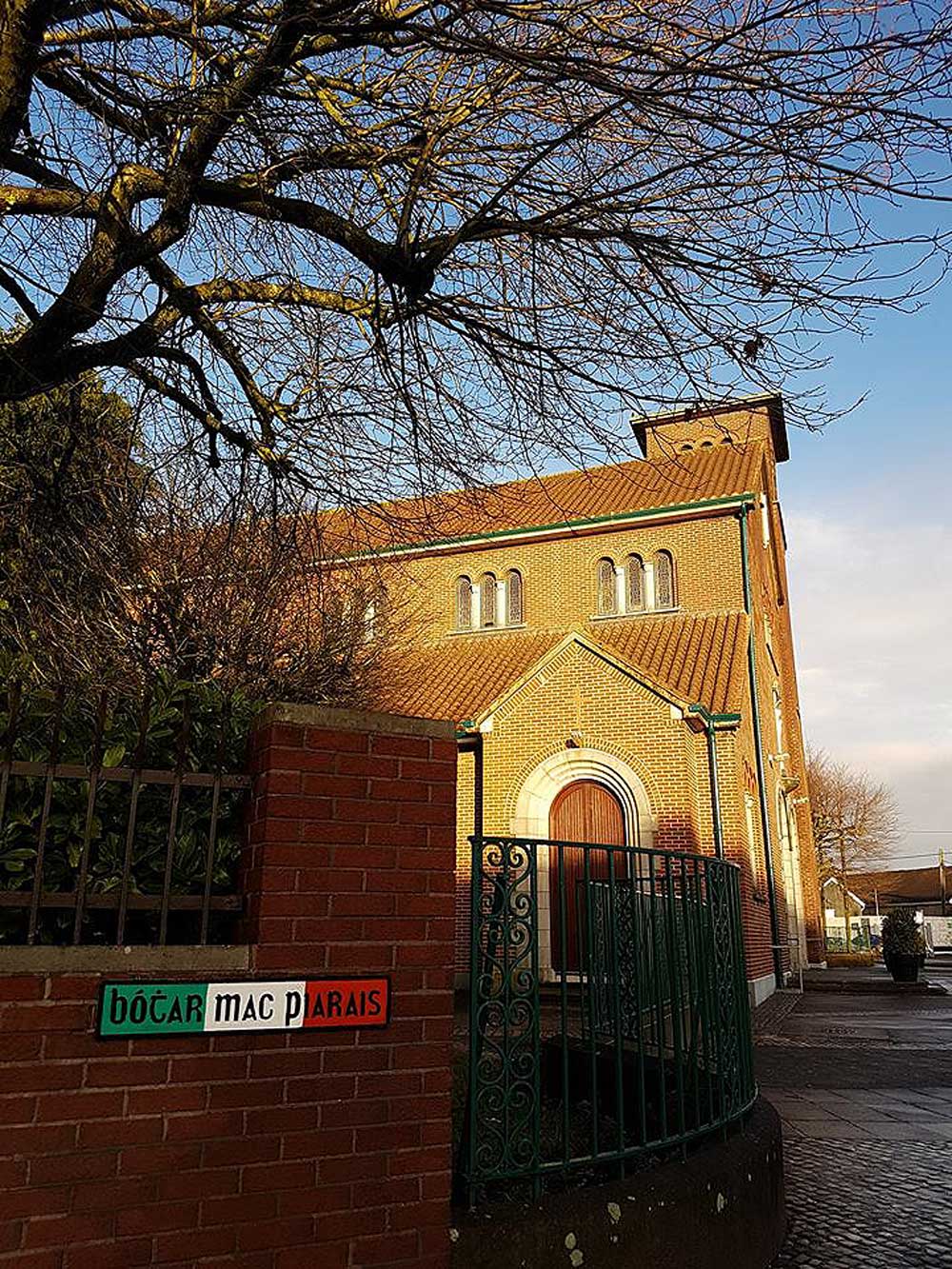 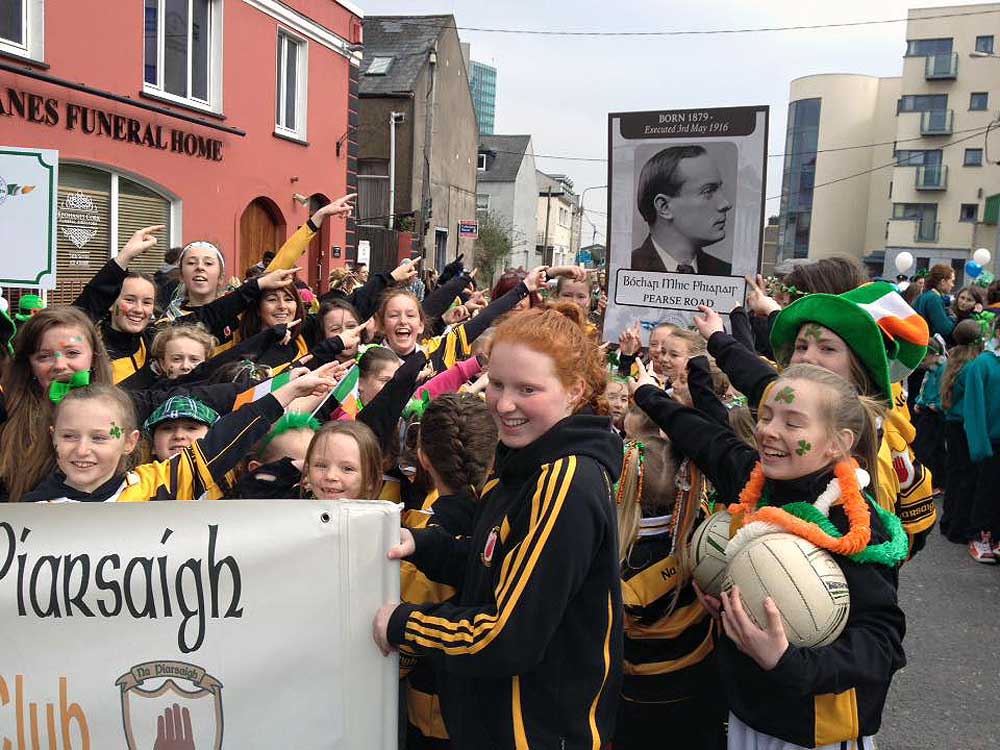 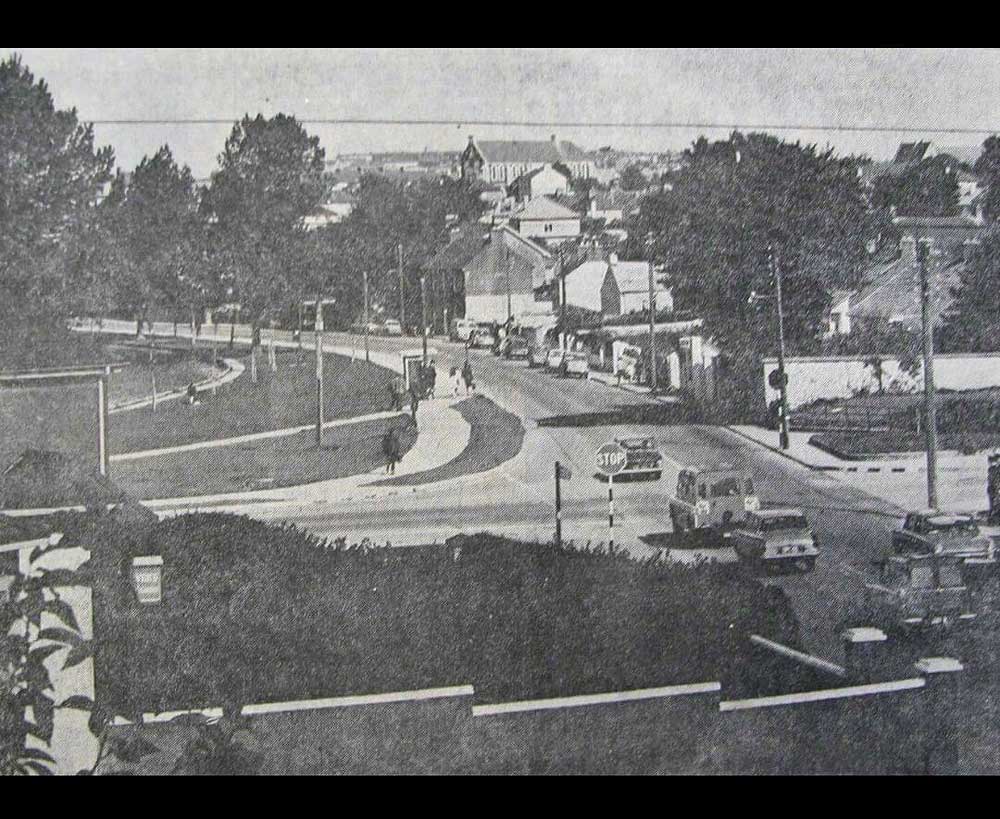 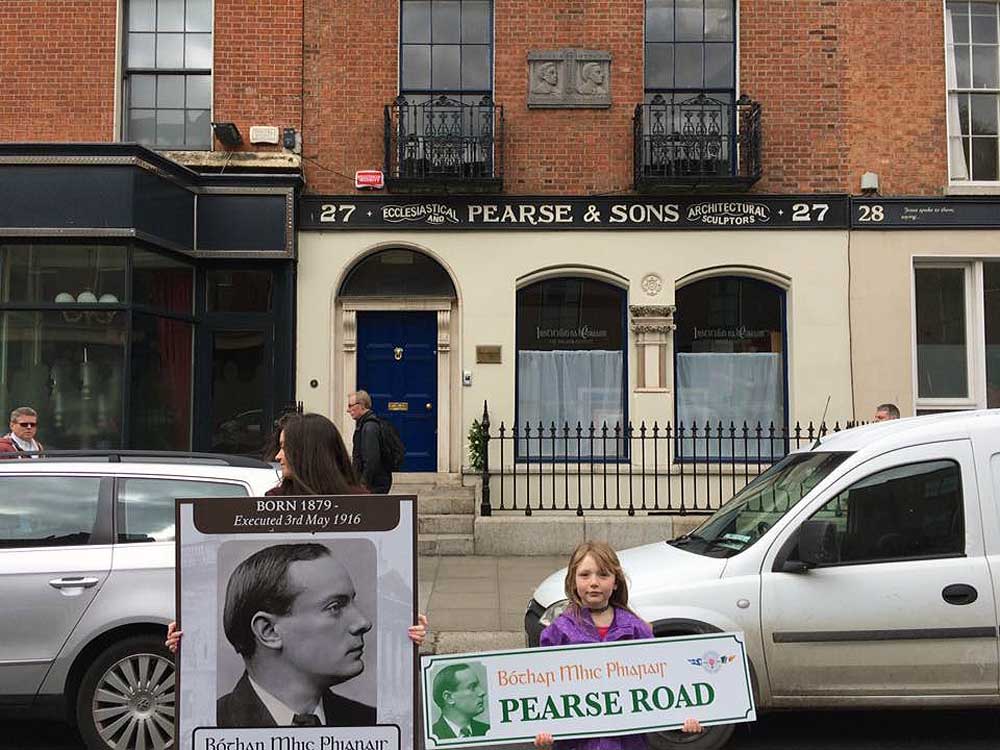 Padraig Pearse, perhaps the best-known leader of the Easter Rising, was many things in his short life. Before he was executed for his part in the Easter Rising, he had been a teacher, a barrister, a poet and a writer, as well as nationalist and a revolutionary.

He had a comfortable middle-class childhood in Dublin, in a family which was strongly nationalist and devoutly Catholic. At 16 years old he joined the Gaelic League (Conradh na Gaeilge) and edited its newspaper. Pearse believed passionately that our language was essential to our identity, and school at the time was training young Irish people to be loyal to the British crown instead of to their own culture. That is why, at only 29 years of age, he set up his own experimental school for boys, St. Enda’s, where young Irish people could be taught in Irish as well as English.

In 1913, as the Home Rule bill floundered, Padraig Pearse joined the Irish Volunteers. That same year, he was also sworn into the secret Irish Republican Brotherhood and was soon co-opted onto its Supreme Council. It wasn’t long before Pearse was regarded as the voice of the independence movement.

It was Pearse who, on behalf of the IRB, gave the command to turn out on Easter Sunday. But the ‘promised guns had not arrived from Germany, and so Eoin MacNeill countermanded these orders. The IRB gave a last-minute order to go through with the plan the following day instead, causing a much lower turn-out.

It was Pearse who read the proclamation outside the GPO. It was Pearse who gave the command to surrender to save the lives of rebels who were now ‘surrounded and hopelessly outnumbered’. At just thirty-six years old, Padraig Pearse was shot by the British at Kilmainham Gaol on May 3rd, 1916.