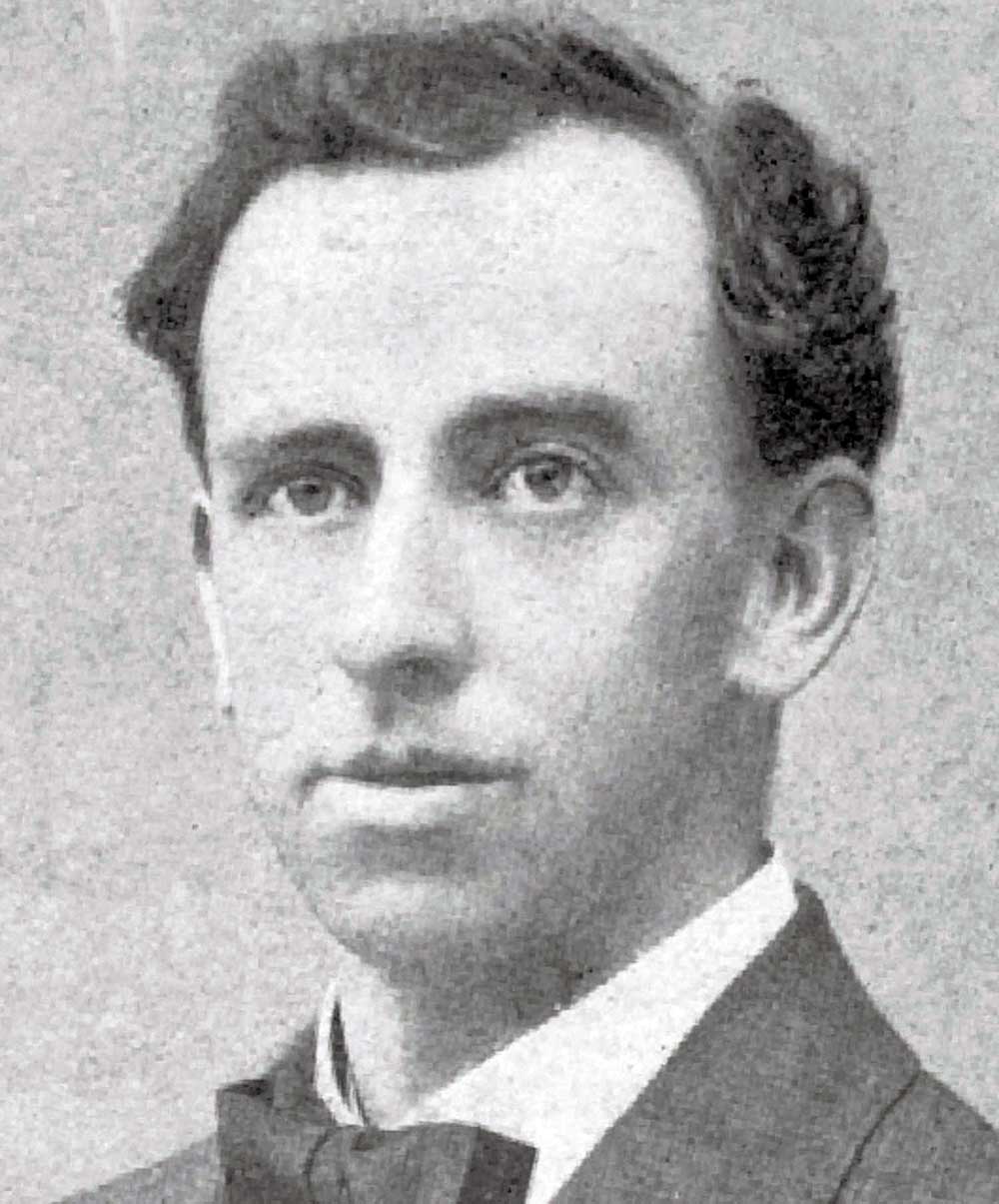 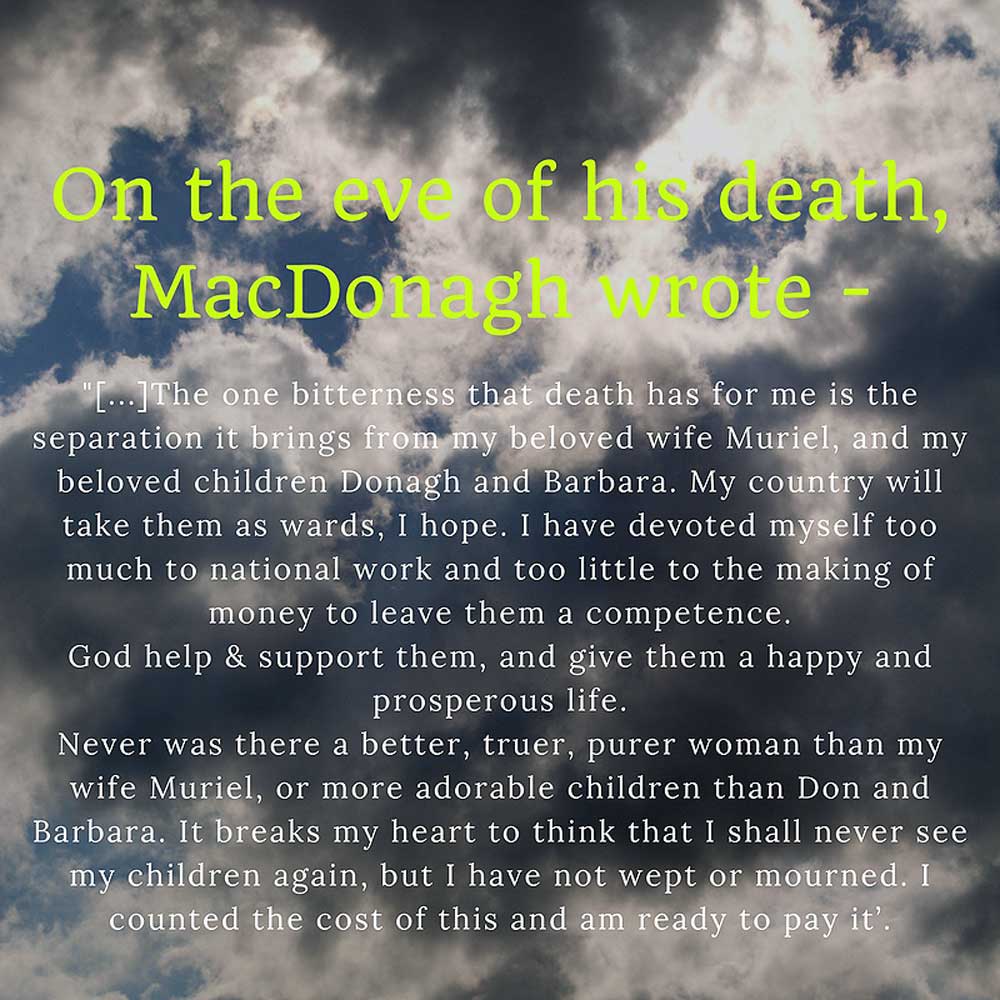 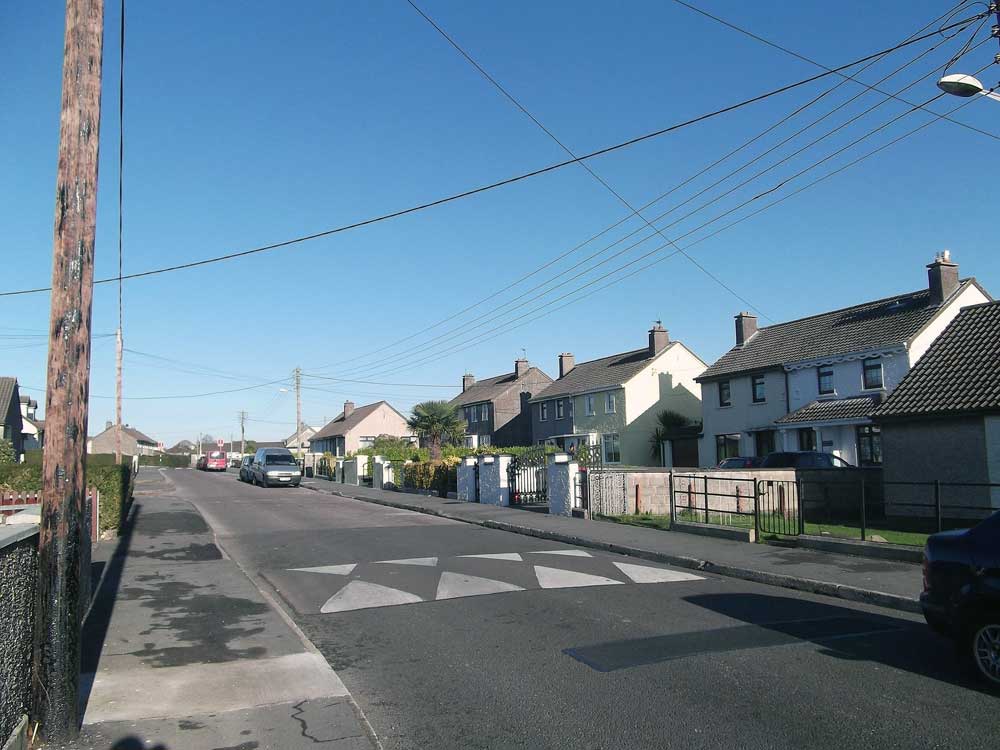 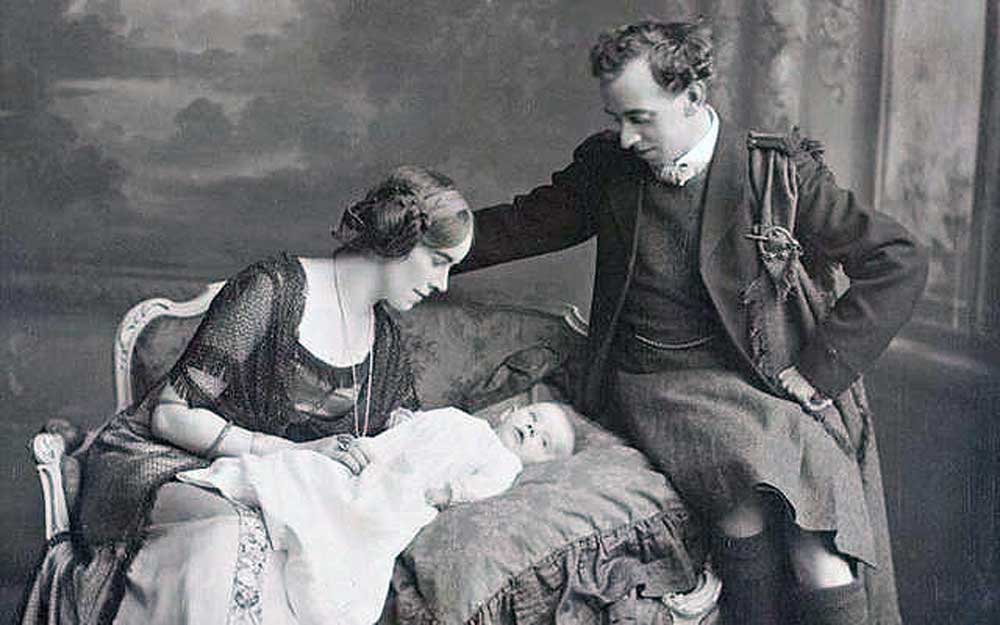 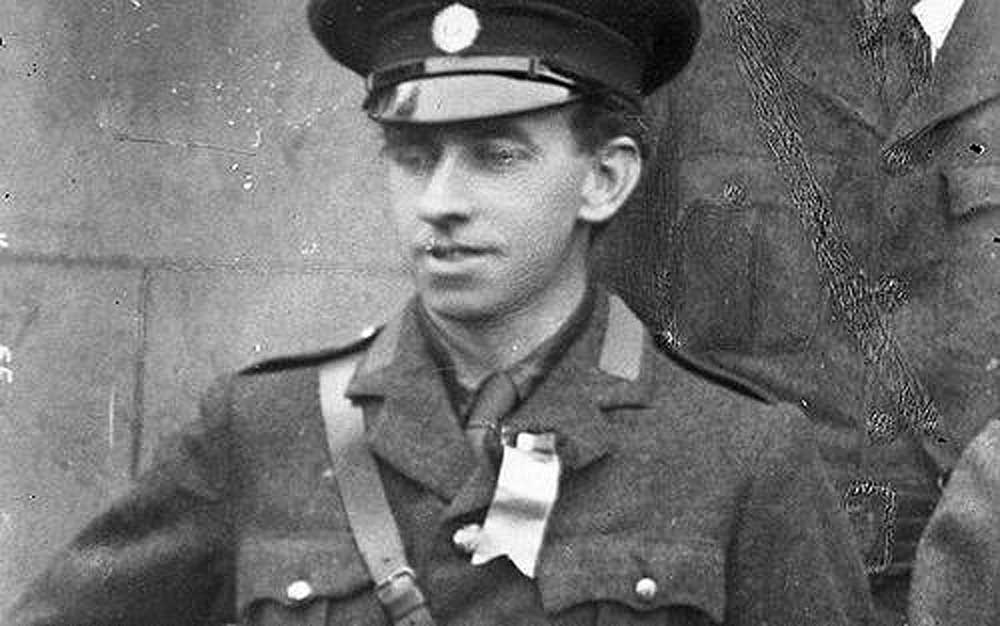 At the age of 38, Thomas MacDonagh was executed for his part in the Easter Rising. It is said, when he was taken from his cell he whistled to the spot where he would be shot.

Born in Cloughjordan, Co. Tipperary, both Thomas’s parents were teachers and he grew up in a home filled with poetry, music and a love of learning. It looked for a while like he might train to be a priest but he decided against the priest’s life and became a teacher instead. As a young man he taught in several secondary schools and helped found ASTI, the Association for Secondary Teachers in Ireland, as well as publishing his first book of poems ‘Through the Ivory Gate’, in 1902. Like others, MacDonagh joined the ‘Gaelic League’ which worked to preserve Irish culture and language, and he held offices in Kilkenny and Fermoy branches.

It was when he moved to Dublin that MacDonagh met Padraig Pearse and Joseph Plunkett, forming close ties with both men. In the role of assistant principal MacDonagh helped Pearse set up his bilingual school, St. Enda’s, and he became an Irish language tutor to Plunkett. During these years MacDonagh, a talented writer and by now a married man, was writing plays and studying.

In 1913, MacDonagh attended the inaugural meeting of the Irish Volunteers with Plunkett and Pearse, and joined its Provisional Committee. He would later be made Commandant of the 2nd Battalion in Dublin, and eventually Commandant of the entire Dublin Brigade. MacDonagh and his men were stationed in Jacob’s Biscuit Factory where they fought during the Easter Rising. Thomas Mac Donagh was the third signatory to be shot on the 3rd of May, 1916.