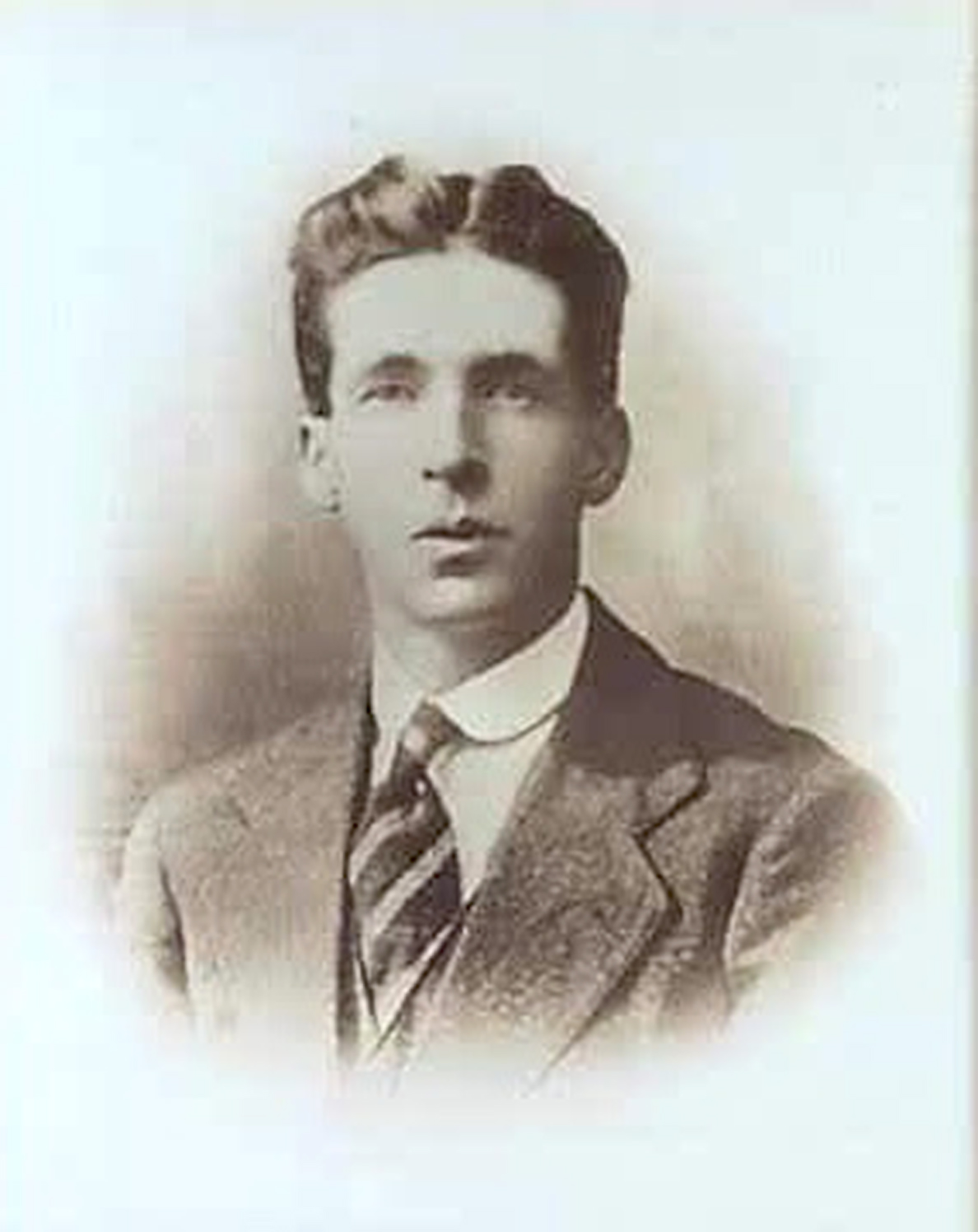 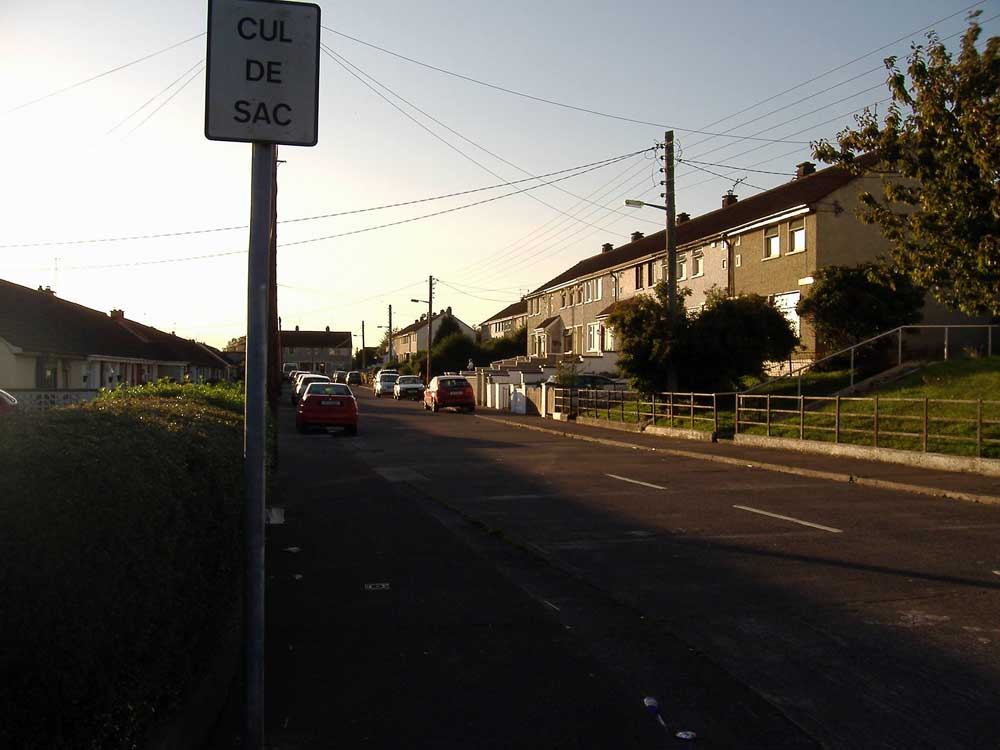 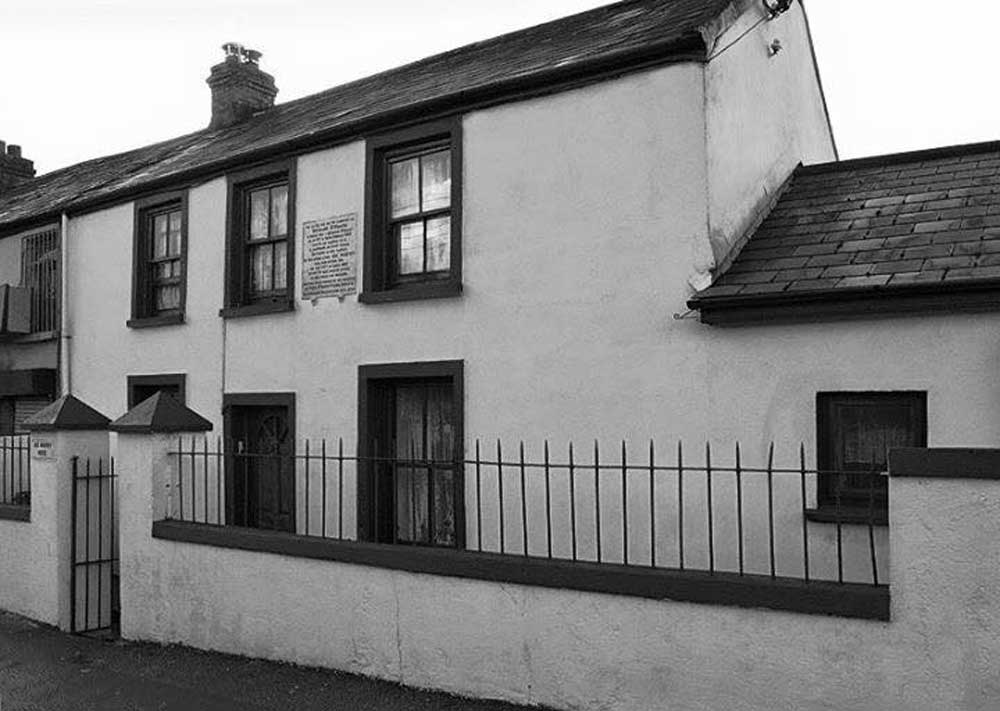 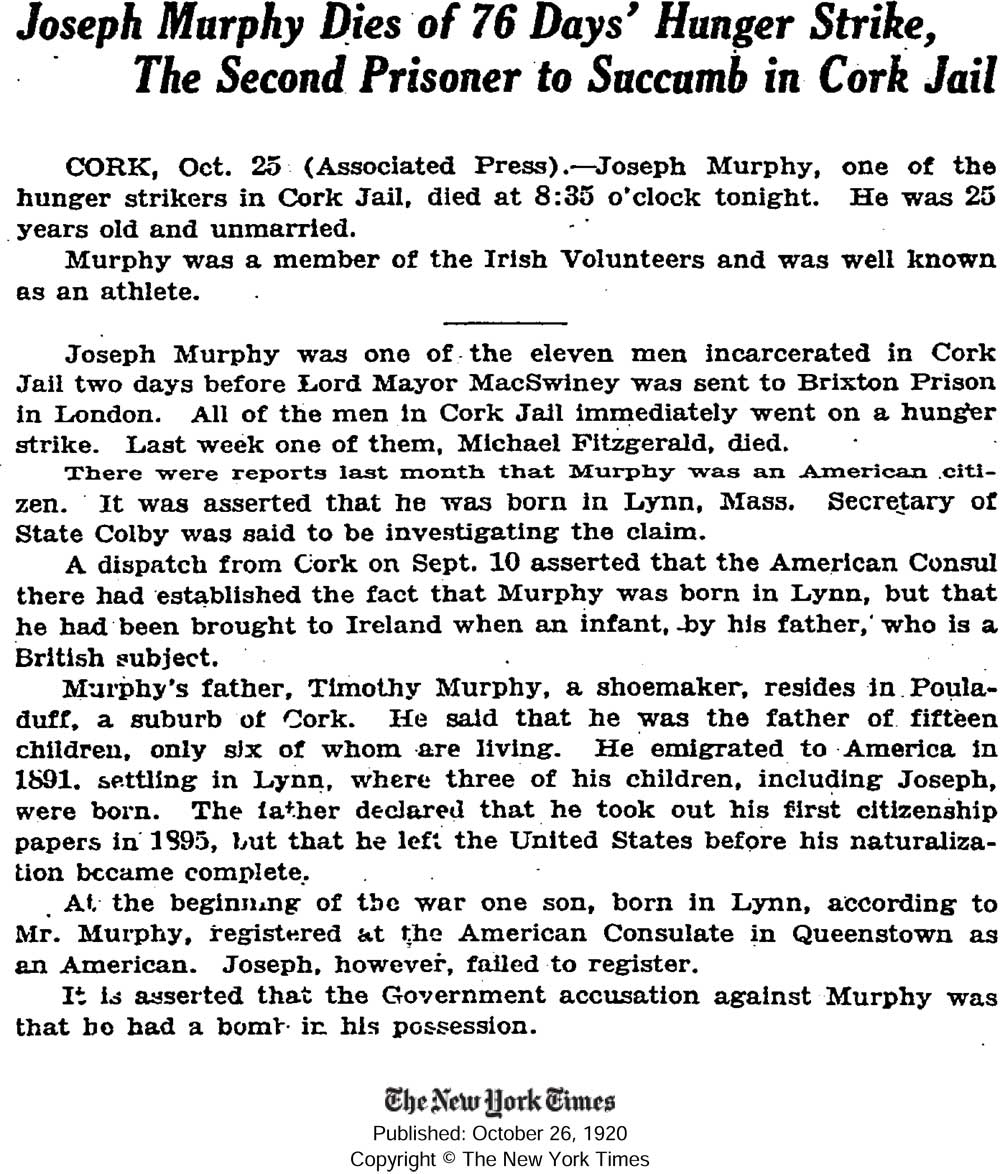 How did a young fellow from Pouladuff Road end up on hunger strike with the Lord Mayor of Cork?

Joe Murphy’s parents came back from America with Joe when he was a small boy, settling in Pouladuff Road and sending young Joe to Togher National school. When he left school, he got a job with Cork City Council.

Joe was 22 when he joined the Irish volunteers in 1917, one year after the Easter Rising. Ireland was still in turmoil and reeling from the execution of the Rising’s leaders in Dublin. He was arrested in 1920 and imprisoned in Cork City Gaol, charged with having a bomb in his possession.

Along with other Republican prisoners, Joe started hunger-striking in support of Terence MacSwiney, who was Mayor of Cork and leader of the Irish Volunteers. The hunger strike was reported in the world’s media, drawing attention to Ireland’s struggle for independence. The Cork Examiner reported:

“It is astounding that some of them, who are mere boys, have not already succumbed, but in all their pain they were fortified by the faith that their suffering will serve the cause of their country.”