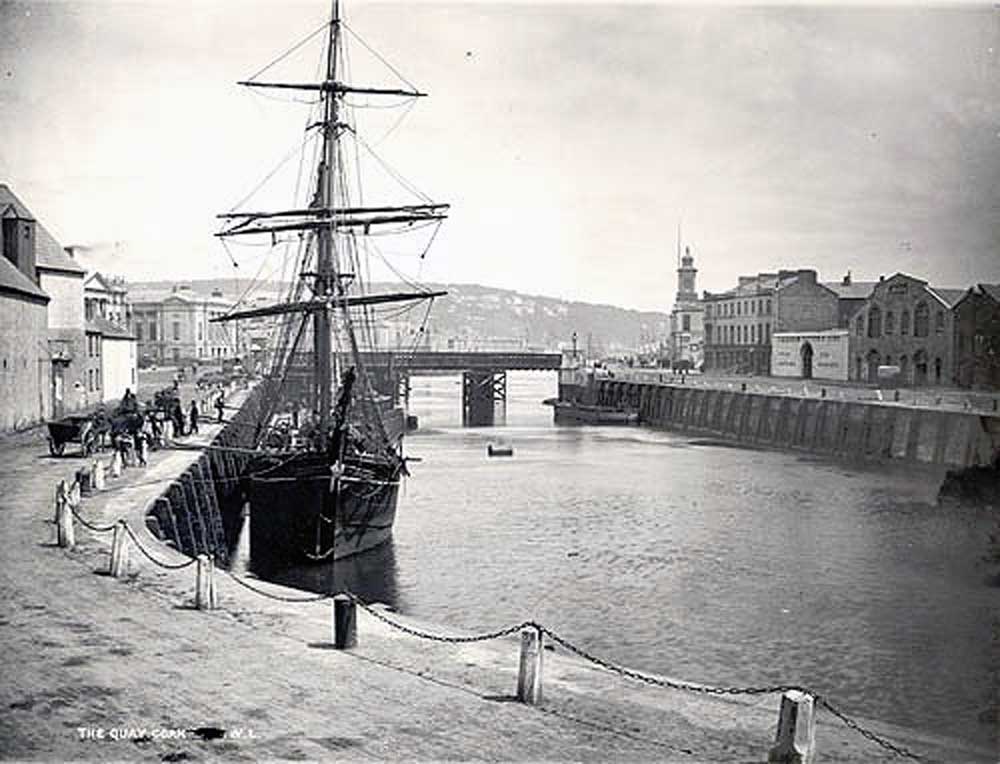 A time of prosperity, but not equality

After the turbulence of the 17th century, the 1700s saw an economic boom in Cork, thanks in large part to exports of salted beef, pork and butter, and to flourishing textile, tanning, brewing and distilling industries. Additionally, Cork harbour was able to shelter navy fleets preparing for the American civil War and later the Napoleonic Wars.

The city started to develop outside its walls, marshes were infilled and reclaimed and new bridges were built linking the city centre to the suburbs, including St. Patrick’s Bridge, Parliament Bridge and Clarke’s Bridge. As the city grew so did its population. From 20,000 in 1675 to as many as 80,000 citizens in the late 1700s.

However, as you might imagine, not everyone was benefitting from the boom. Poverty was widespread with food riots when there were food shortages and widespread drunkenness and violence among the poor.

Although Cork was relatively untouched by the 1798 Rebellion, United Irishmen were active in the city. Some of those found guilty of membership were transported in prison ships, and some were shot on the western edge of the city, in fields where the Western Road runs now. A monument on the Grand Parade commemorates the suffering of those in the aftermath of 1798.